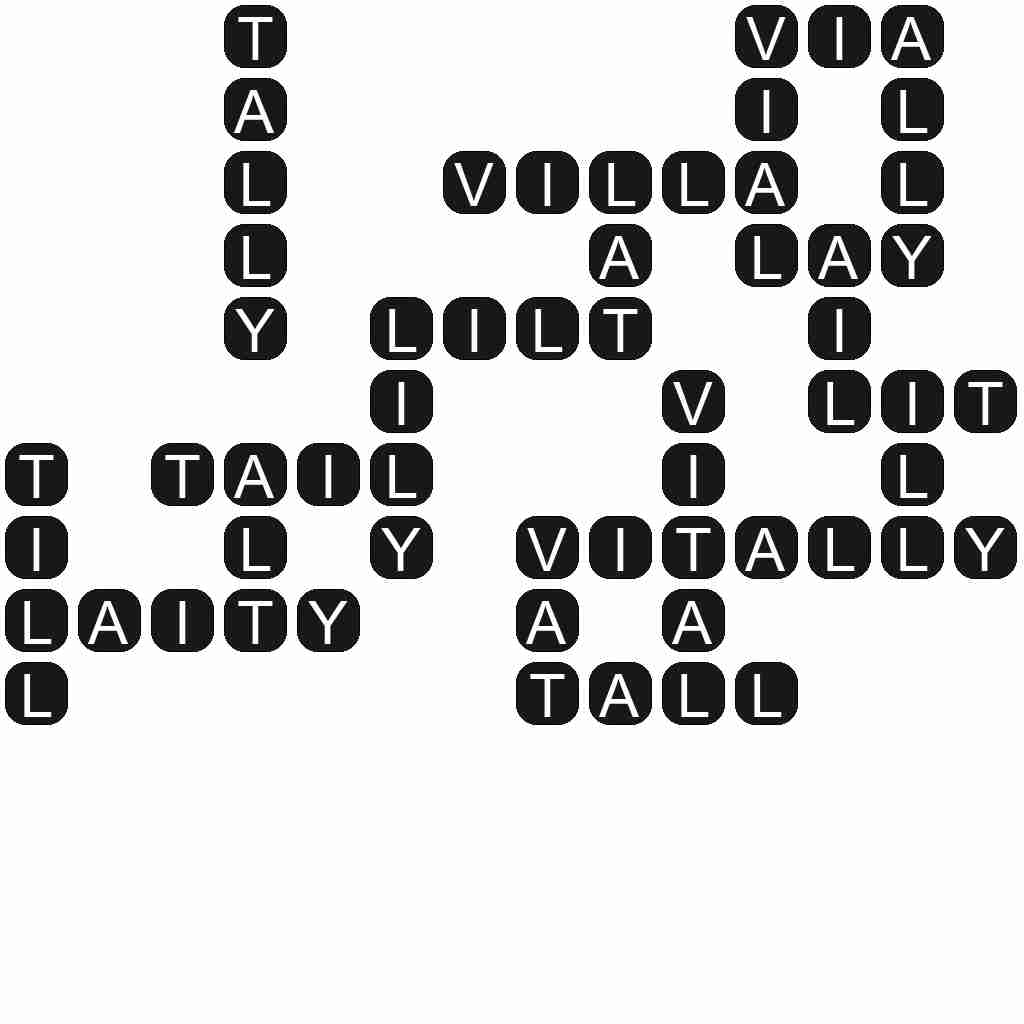 LILT - To do something rhythmically, with animation and quickness, usually of music.

VITAL - Relating to, or characteristic of life.

VILLA - A house, often larger and more expensive than average, in the countryside or on the coast, often used as a retreat.

LAITY - People of a church who are not ordained clergy or clerics.

VITALLY - In a manner that imparts vitality.