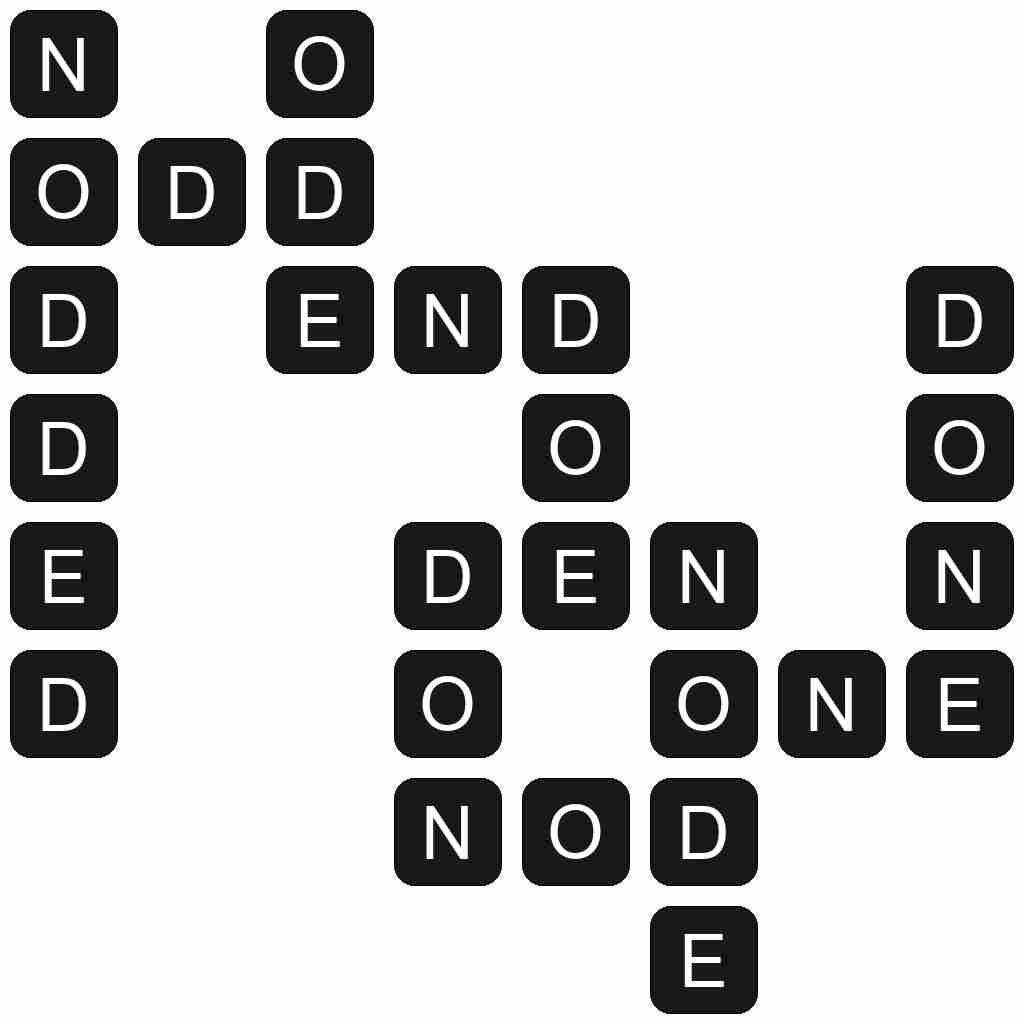 NODDED - Simple past tense and past participle of nod.