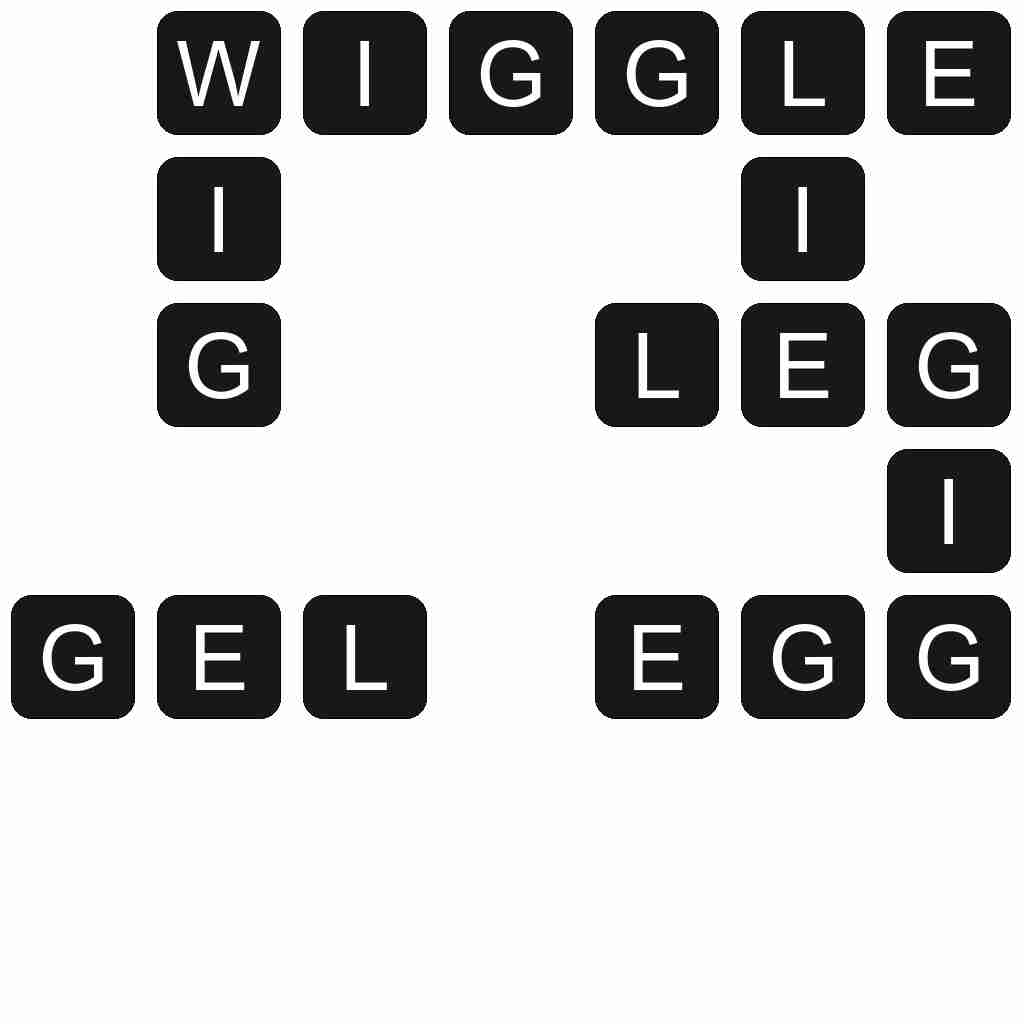 WIGGLE - To move with irregular, back and forward or side to side motions; To shake or jiggle.