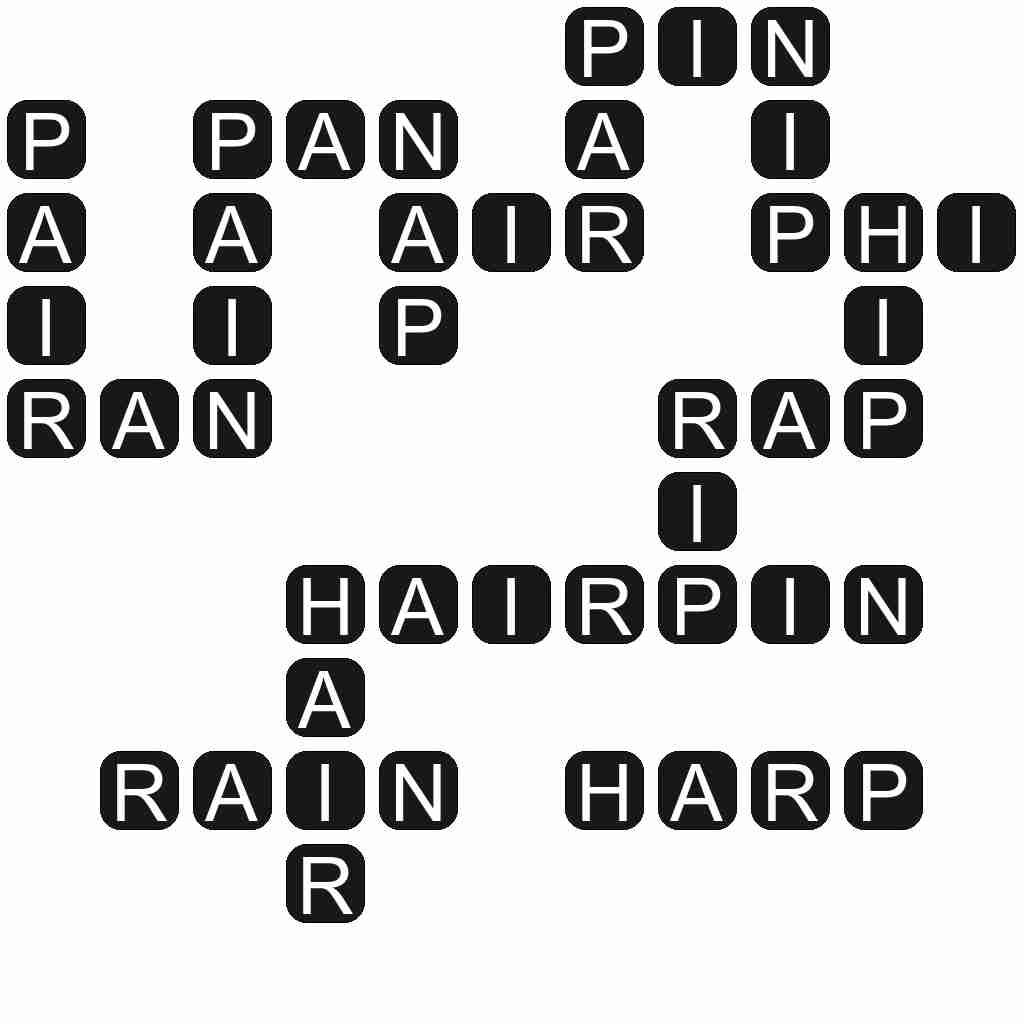 HIP - The outward-projecting parts of the pelvis and top of the femur and the overlying tissue.

PHI - The twenty-first letter of the Classical and Modern Greek, the twenty-second letter of Old and Ancient.

HARP - A musical instrument consisting of an upright frame strung with strings that are stroked or plucked with the fingers.

PAIN - An ache or bodily suffering, or an instance of this; an unpleasant sensation, resulting from a derangement of functions, disease, or injury by violence; hurt.

HAIRPIN - Characterized by an abrupt or extreme bend; shaped like a hairpin.