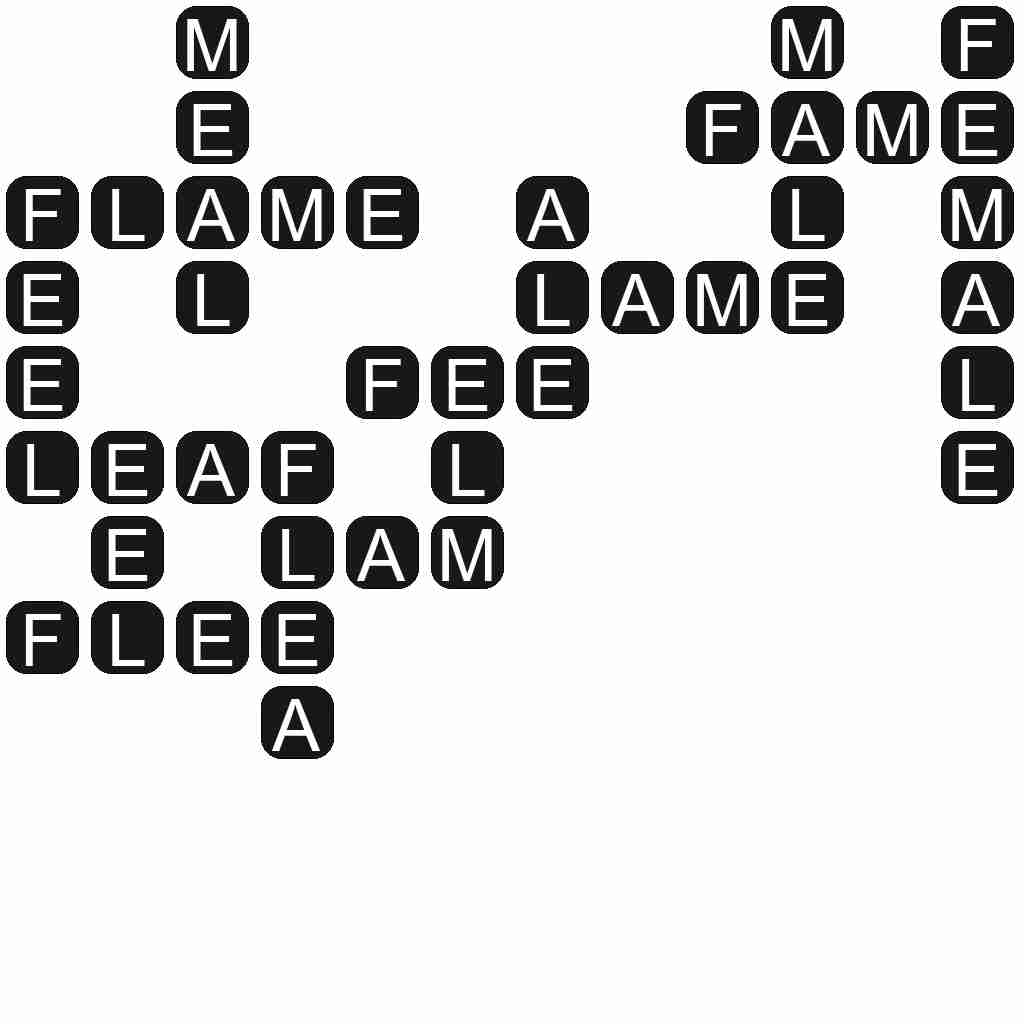 FAME - What is said or reported; gossip, rumour.

FLAME - The visible part of fire.

FEMALE - Belonging or referring to the sex which is generally characterized as the one associated with the larger gametes (for species which have two sexes and for which this distinction can be made), which in humans and many other species is the sex which produces eggs and which has XX chromosomes.