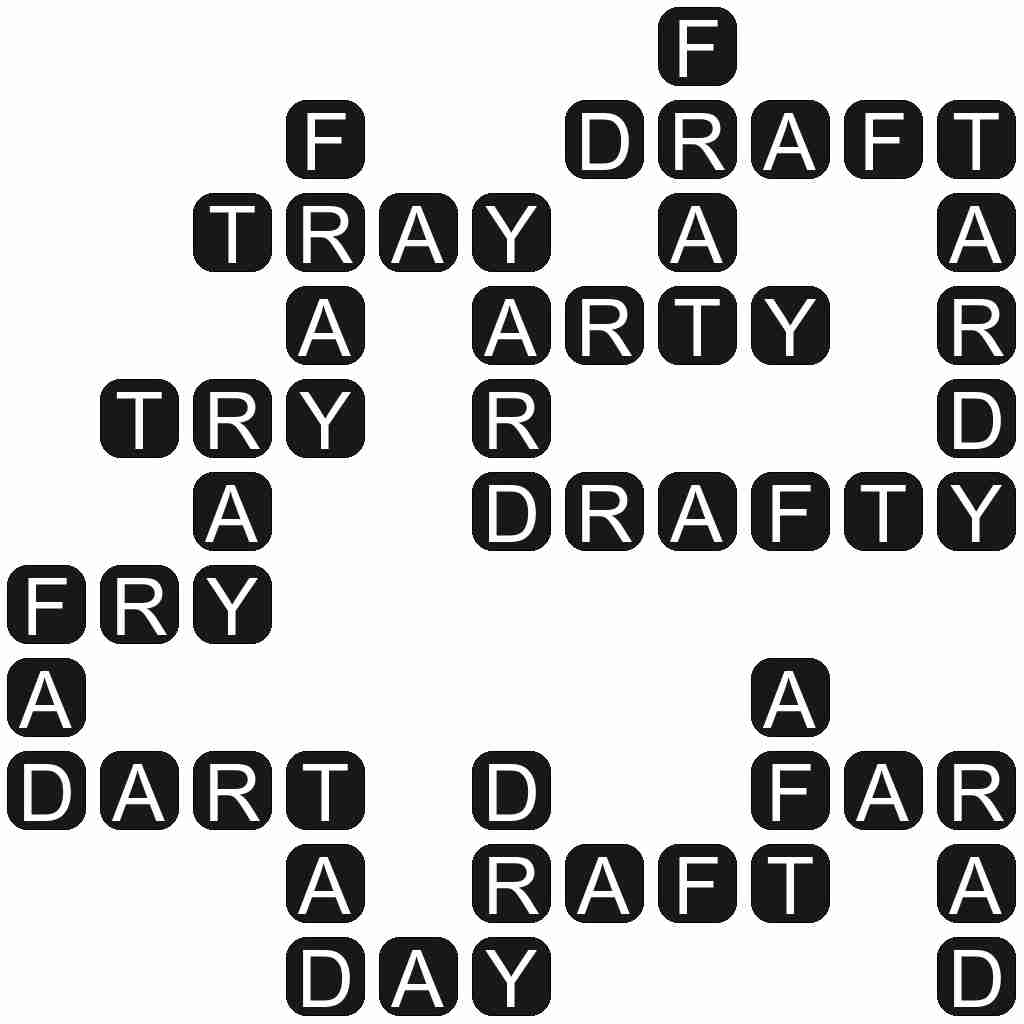 DRY - Free from liquid or moisture.

FAD - A phenomenon that becomes popular for a very short time.

FRY - To cook (something) in hot fat.

YARD - A small, usually uncultivated area adjoining or (now especially) within the precincts of a house or other building.

DRAFT - An early version of a written work.