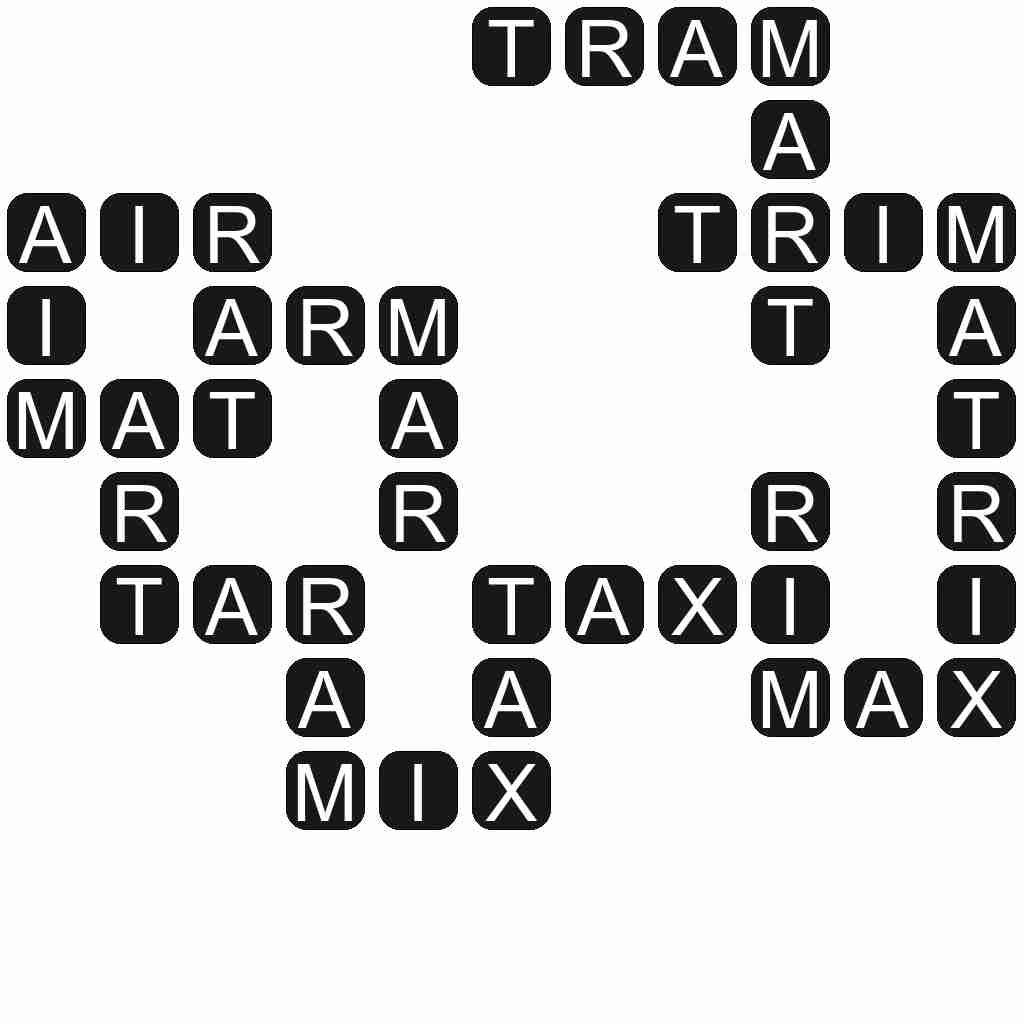 MIX - To stir two or more substances together.

TAXI - A vehicle that may be hired for single journeys by members of the public, driven by a taxi driver.

TRAM - A passenger vehicle for public use that runs on tracks in the road.