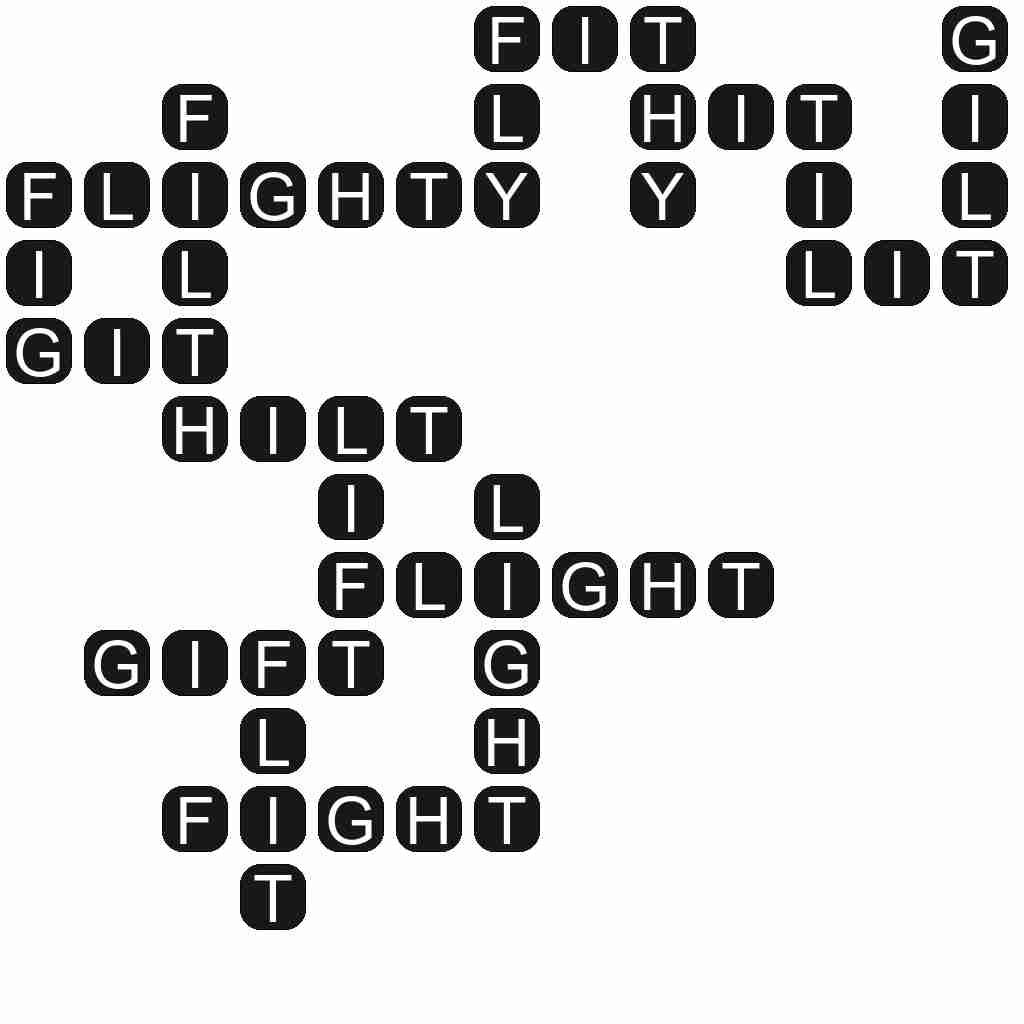 FIG - A fruit-bearing tree or shrub of the genus Ficus that is native mainly to the tropics.

GIFT - Something given to another voluntarily, without charge.

HILT - The handle of a sword, consisting of grip, guard, and pommel, designed to facilitate use of the blade and afford protection to the hand.

FLIT - A fluttering or darting movement.

FIGHT - To contend in physical conflict, either singly or in war, battle etc.

LIGHT - The natural medium emanating from the sun and other very hot sources (now recognised as electromagnetic radiation with a wavelength of 400-750 nm), within which vision is possible.

FLIGHT - The act of flying.

FLIGHTY - Given to unplanned and silly ideas or actions.