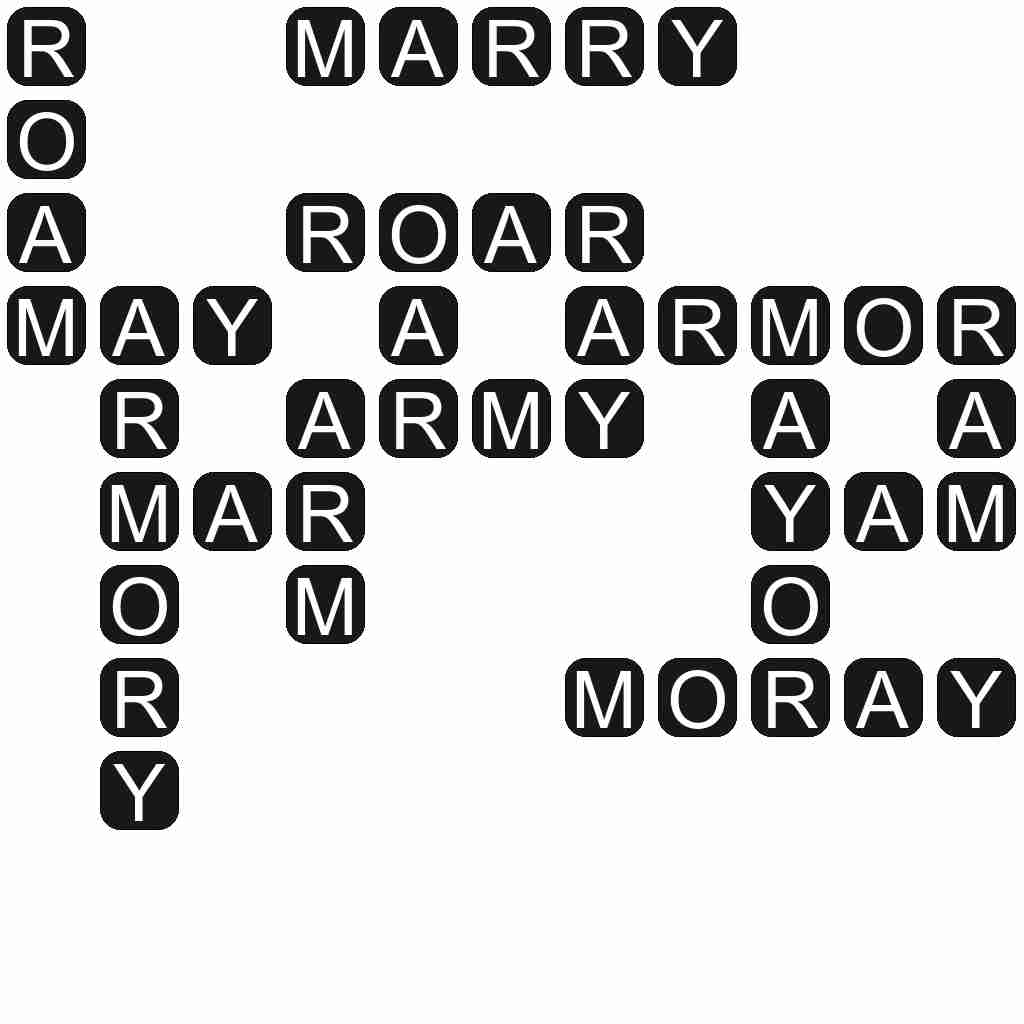 ARMOR - A protective layer over a body, vehicle, or other object intended to deflect or diffuse damaging forces.

MARRY - Indeed!, in truth!; a term of asseveration.

MAYOR - The leader of a city, or a municipality, sometimes just a figurehead and sometimes a powerful position. In some countries, the mayor is elected by the citizens or by the city council.

MORAY - Any of the large cosmopolitan carnivorous eels of the family Muraenidae.

ARMORY - US spelling of armoury.