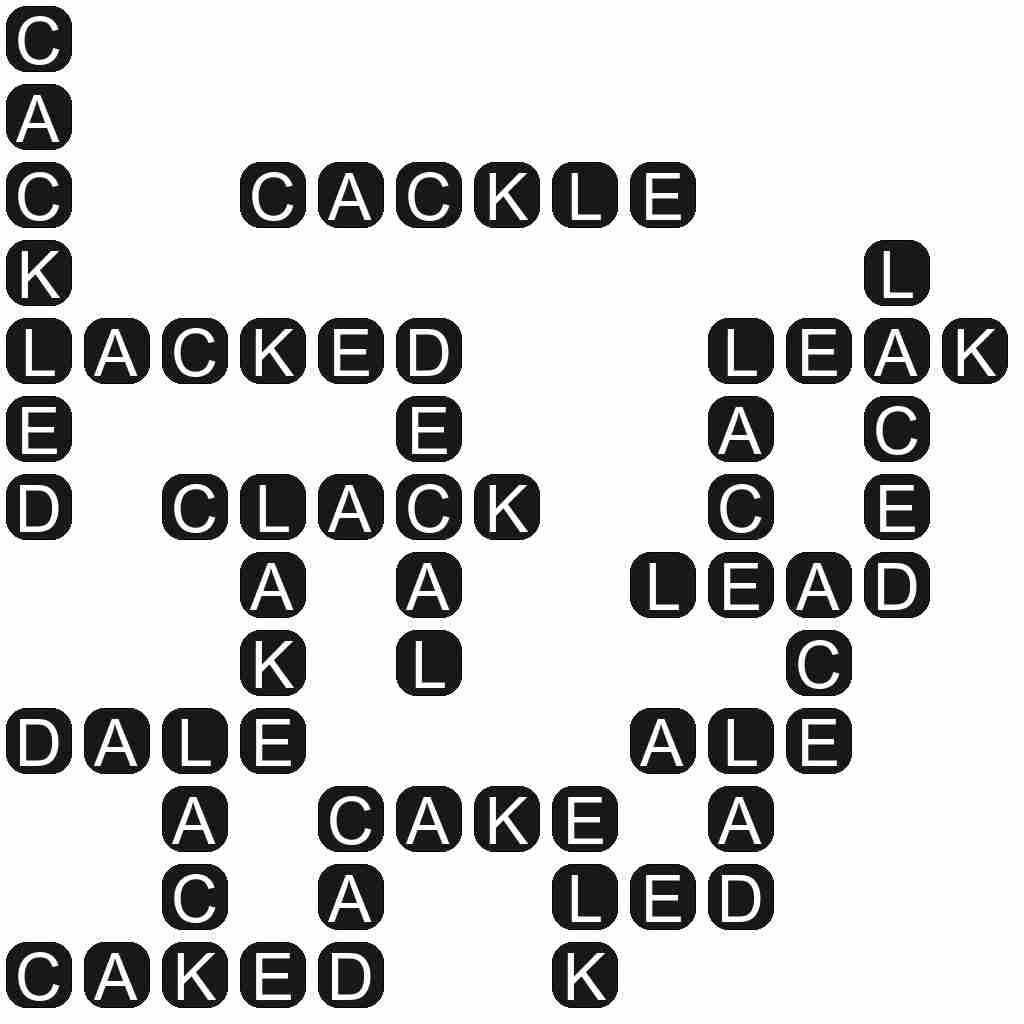 LACK - A defect or failing; moral or spiritual degeneracy.

LACED - Tainted with something, especially a drug.

CLACK - An abrupt, sharp sound, especially one made by two hard objects colliding repetitively; a clatter; in sound, midway between a click and a clunk.

CAKED - Simple past tense and past participle of cake.

DECAL - A design or picture produced in order to be transferred to another surface either permanently or temporarily.

LACKED - Simple past tense and past participle of lack.

CACKLE - The cry of a hen, especially when laying an egg.

CACKLED - Simple past tense and past participle of cackle.