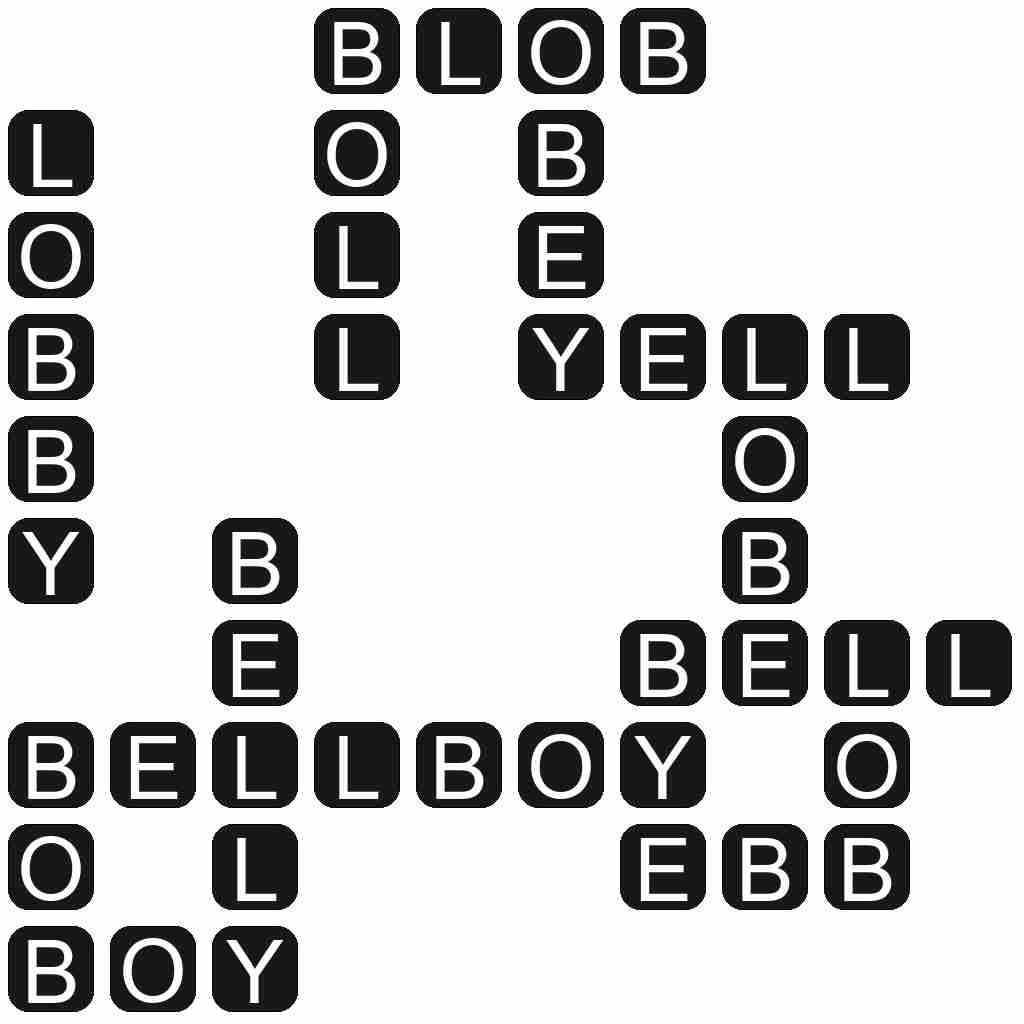 OBEY - To do as ordered by (a person, institution etc), to act according to the bidding of.

BLOB - A shapeless or amorphous mass; a vague shape or amount, especially of a liquid or semisolid substance; a clump, group or collection that lacks definite shape.

BELLBOY - A male worker, usually at a hotel, who carries luggage and runs errands.