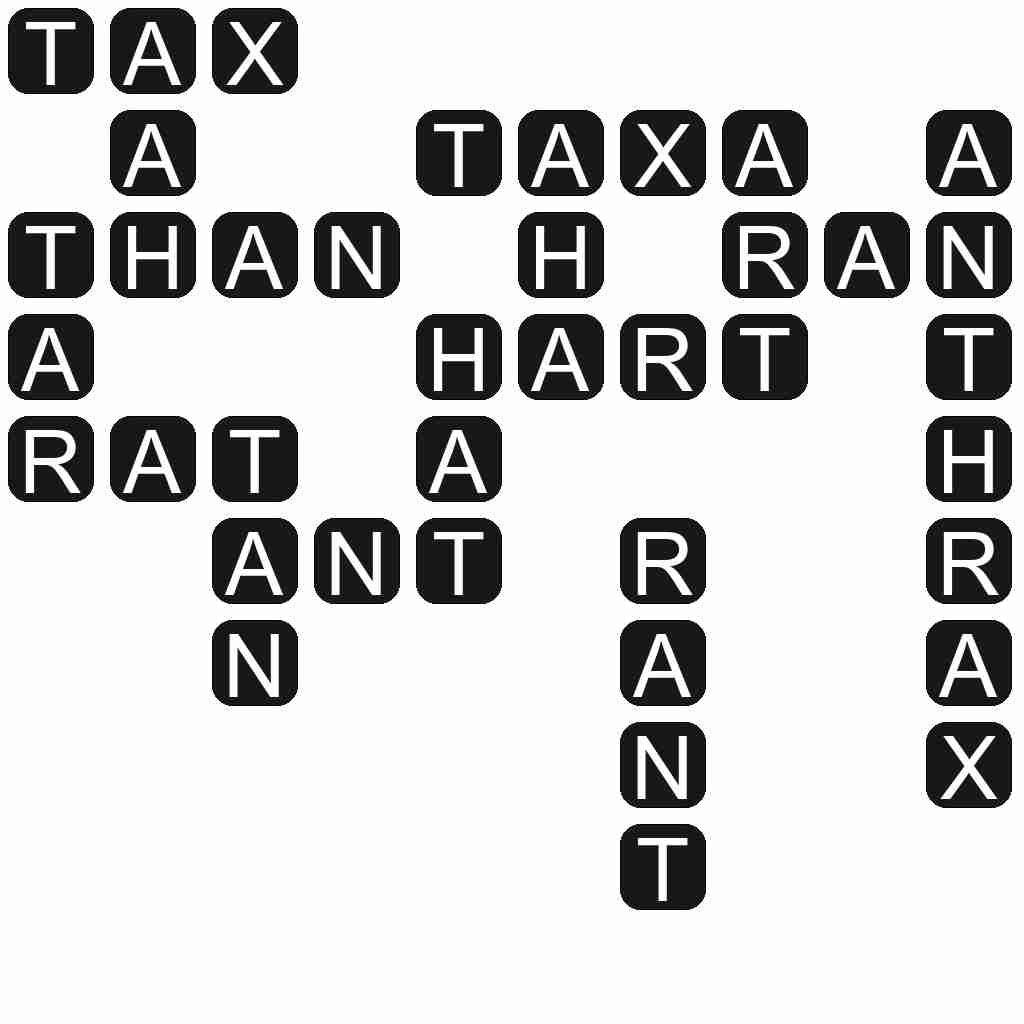 AHA - An exclamation of understanding, realization, invention, or recognition.

AAH - Indication of amazement or surprise or enthusiasm.

THAN - (usually used with for) Because; for.

RANT - A criticism done by ranting.

ANTHRAX - An acute infectious bacterial disease of herbivores, especially sheep and cattle. It can occur in humans through contact with infected animals, tissue from infected animals, or high concentrations of anthrax spores, but is not usually spread between humans. Symptoms include lesions on the skin or in the lungs, and it is often fatal.