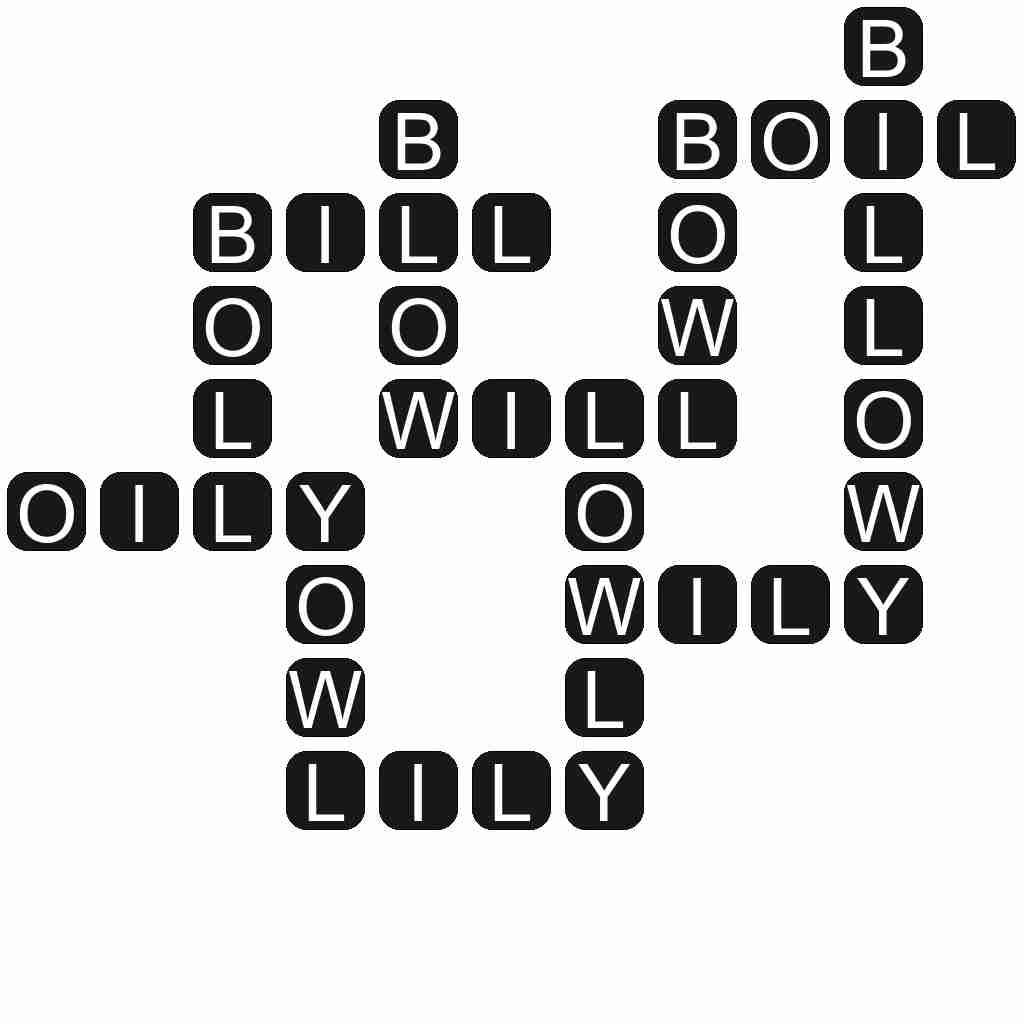 BLOW - To produce an air current.

BOWL - A roughly hemispherical container used to hold, mix or present food, such as salad, fruit or soup, or other items.

YOWL - A prolonged, loud cry, like the sound of an animal; a wail; a howl.

LOWLY - Not high; not elevated in place; low.

BILLOWY - Of or pertaining to billows; swelling or swollen into large waves; full of billows or surges; resembling billows.