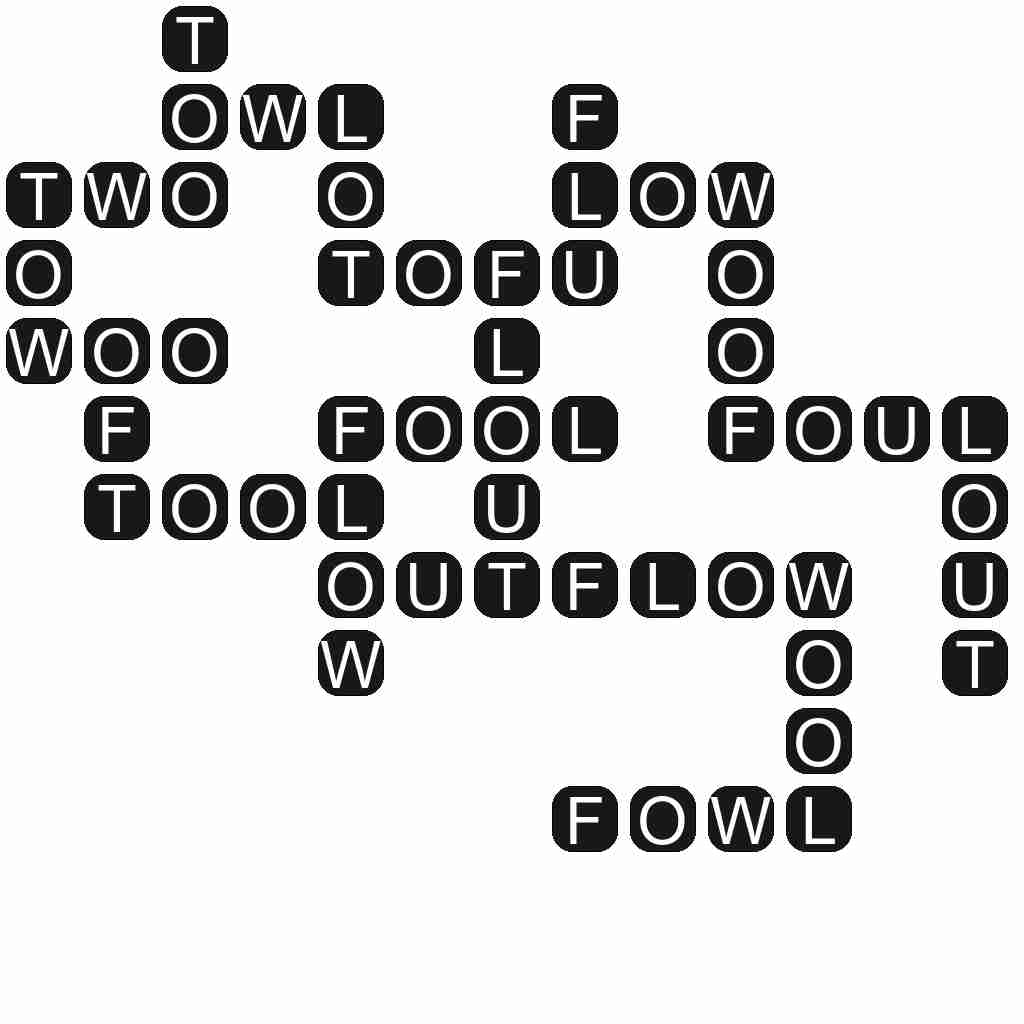 FLOW - The movement of a fluid.

FOOL - A person with poor judgment or little intelligence.

FOUL - Covered with, or containing, extraneous matter which is injurious, noxious, offensive, or obstructive; filthy; dirty; not clean; polluted; nasty; defiled; as, a foul cloth; foul hands; a foul chimney; foul air; a ship's bottom is foul when overgrown with barnacles; a gun becomes foul from repeated firing; a well is foul with polluted water.

TOOL - A mechanical device intended to make a task easier.

WOOF - The set of yarns placed crosswise in a loom, interlaced with the warp, carried by the shuttle.

WOOL - The hair of the sheep, llama and some other ruminants.

TOFU - A protein-rich food made from curdled soybean milk.

FLOUT - To express contempt for the rules by word or action.

OUTFLOW - The process of flowing out.