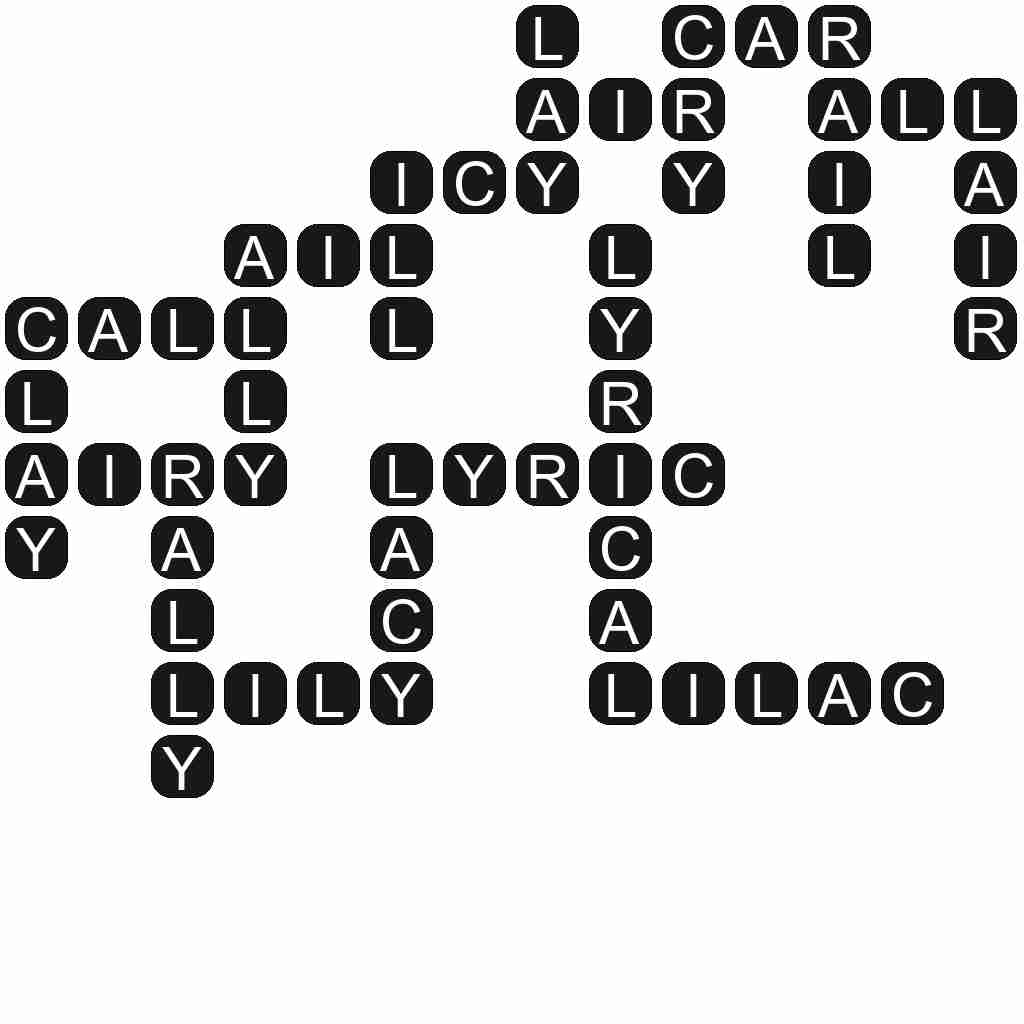 CLAY - A mineral substance made up of small crystals of silica and alumina, that is ductile when moist; the material of pre-fired ceramics.

LACY - Made of lace or decorated with it.

RALLY - A demonstration; an event where people gather together to protest for or against a given cause.

LYRIC - Of, or relating to a type of poetry (such as a sonnet or ode) that expresses subjective thoughts and feelings, often in a songlike style.

LYRICAL - Appropriate for or suggestive of singing.