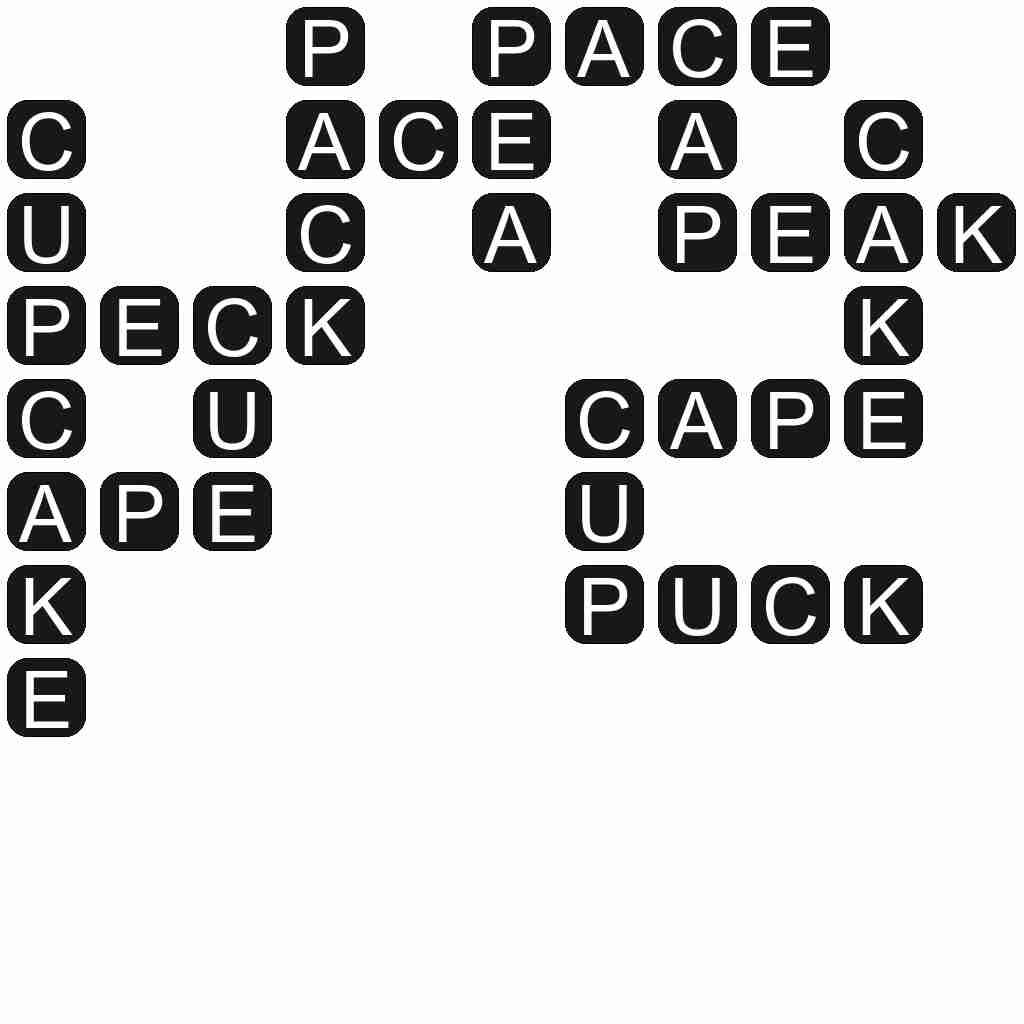 CUP - A concave vessel for drinking from, usually made of opaque material (as opposed to a glass).

PUCK - A hard hard rubber disc; any other flat disc meant to be hit across a flat surface in a game.

CUPCAKE - A small cake baked in a paper container shaped like a cup, often with icing on top.