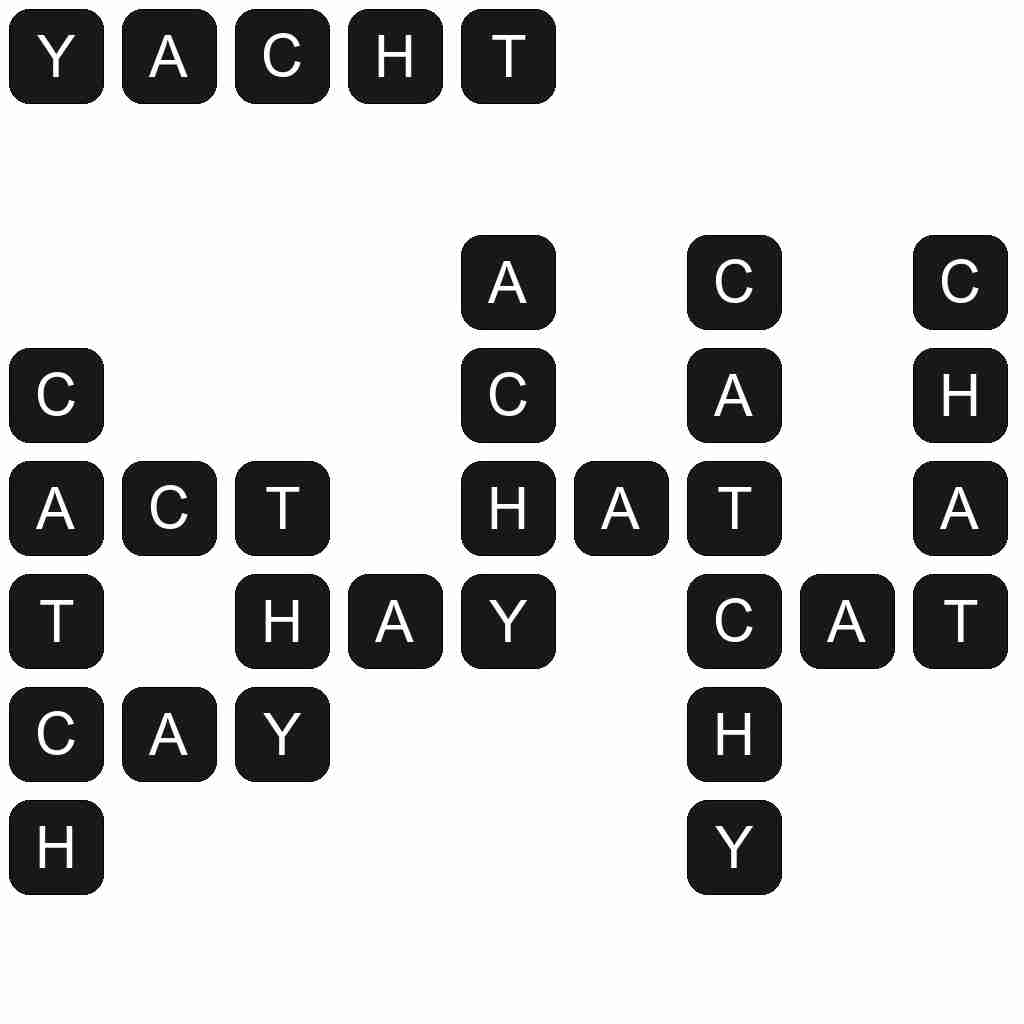 HAY - Grass cut and dried for use as animal fodder.

CATCH - The act of seizing or capturing.

YACHT - A slick and light ship for making pleasure trips or racing on water, having sails but often motor-powered. At times used as a residence offshore on a dock.

CATCHY - Consisting of, or occurring in, disconnected parts or snatches; changeable.