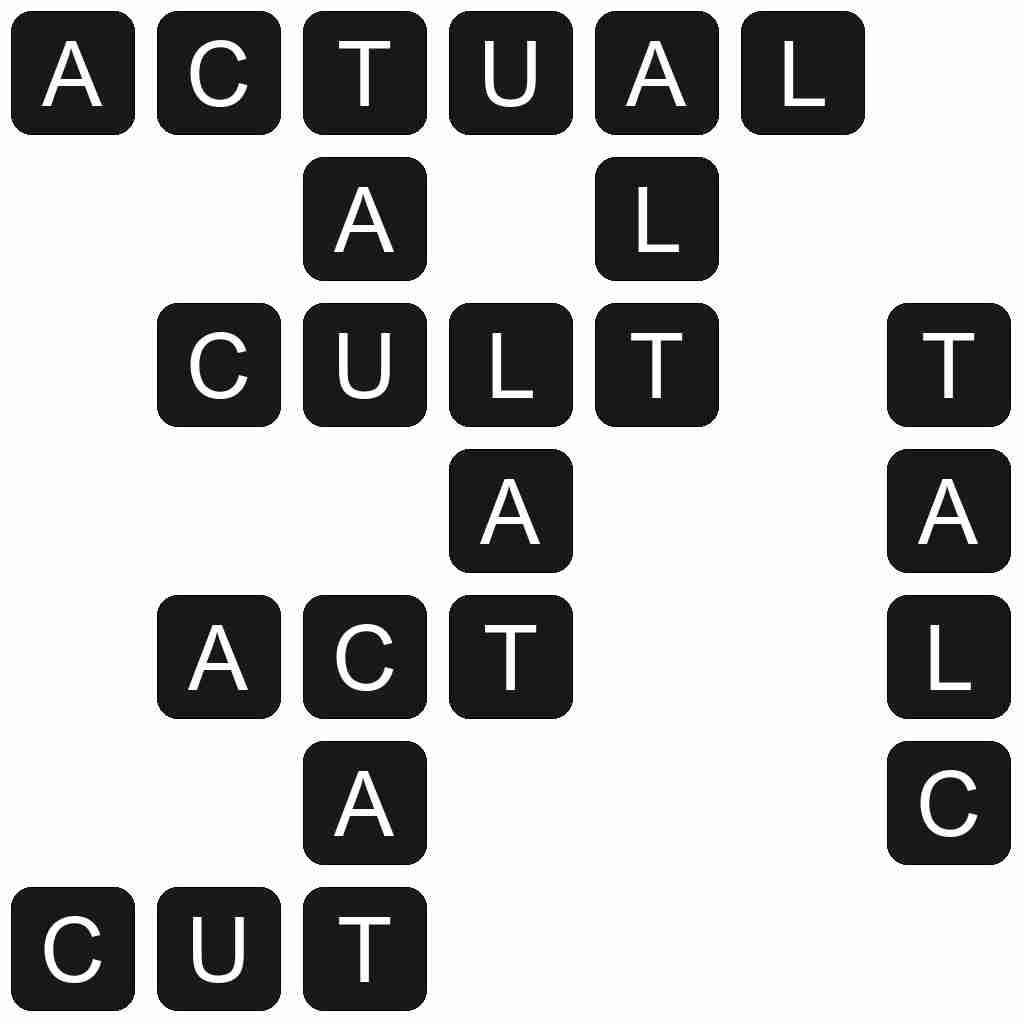 TALC - A soft mineral of a soapy feel and a greenish, whitish, or grayish color, usually occurring in foliated masses.

ACTUAL - Existing in act or reality, not just potentially; really acted or acting; occurring in fact.