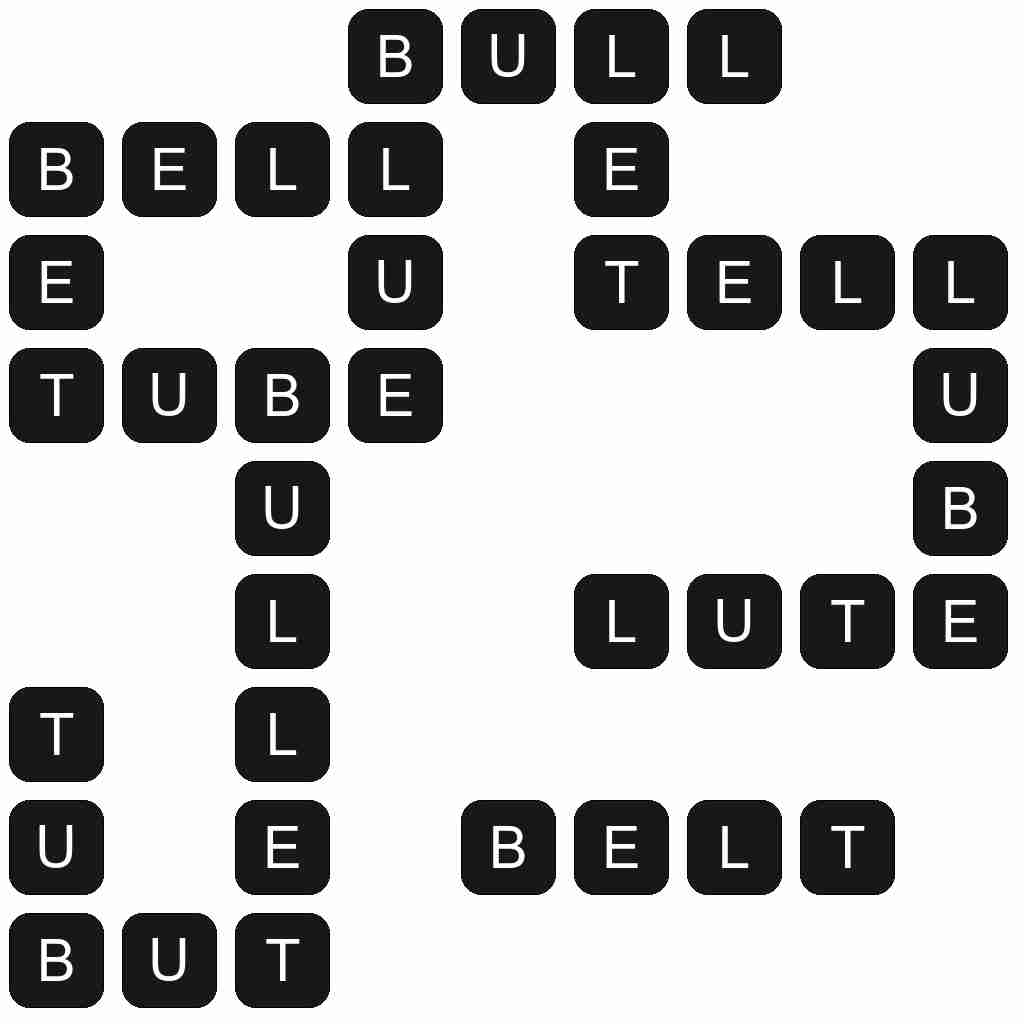 BLUE - Having a bluish colour shade.

BULL - The uncastrated adult male of domesticated cattle or oxen.

BULLET - A projectile, usually of metal, shot from a gun at high speed.