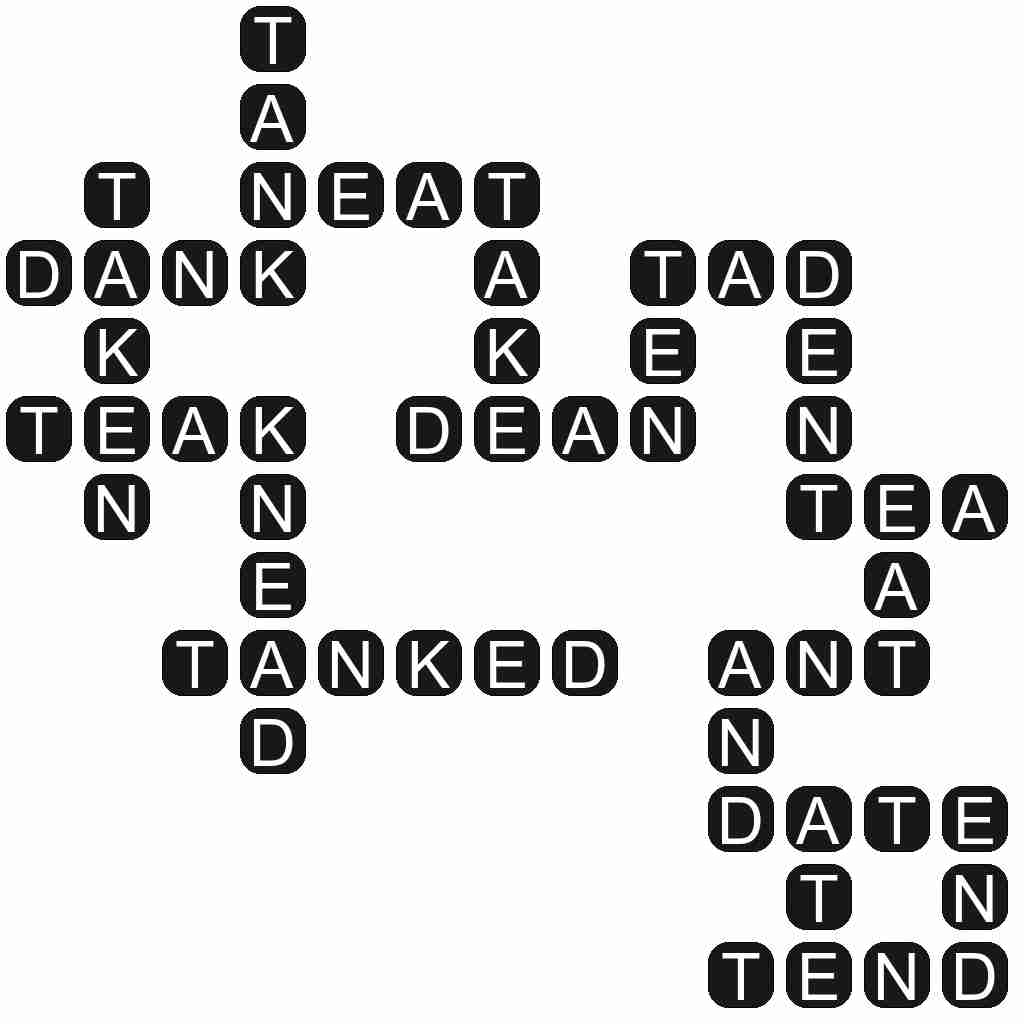 TAKE - To grasp with the hands.

TANK - A container for liquids or gases.

TEAK - An extremely durable timber highly valued for shipbuilding and other purposes, yielded by Tectona grandis (and Tectona spp.).

TAKEN - Infatuated; fond of or attracted to.

KNEAD - To work and press into a mass, usually with the hands; especially, to work, as by repeated pressure with the knuckles, into a well mixed mass, the materials of bread, cake, etc.

TANKED - Simple past tense and past participle of tank.