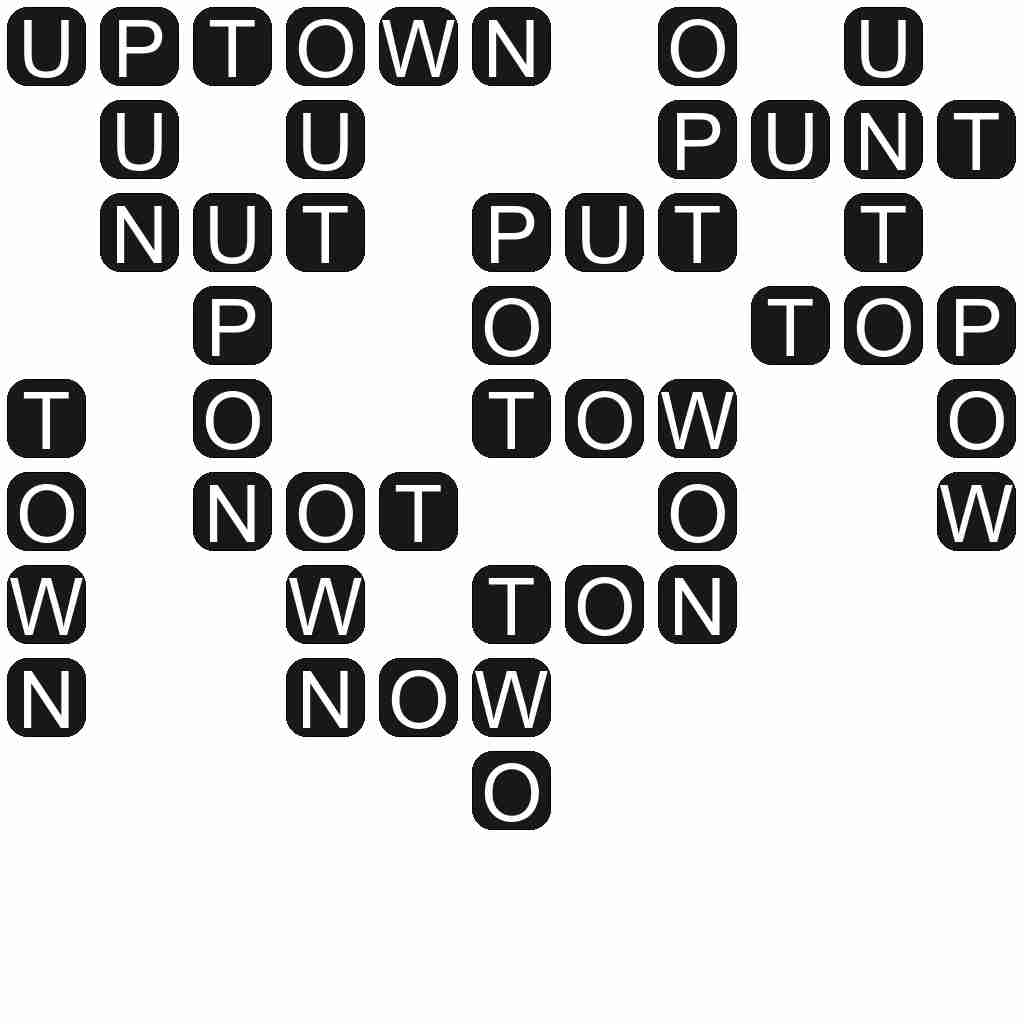 POW - Represents the sound of a violent impact, such as a punch.

UPTOWN - The residential part of a city, away from the commercial center.