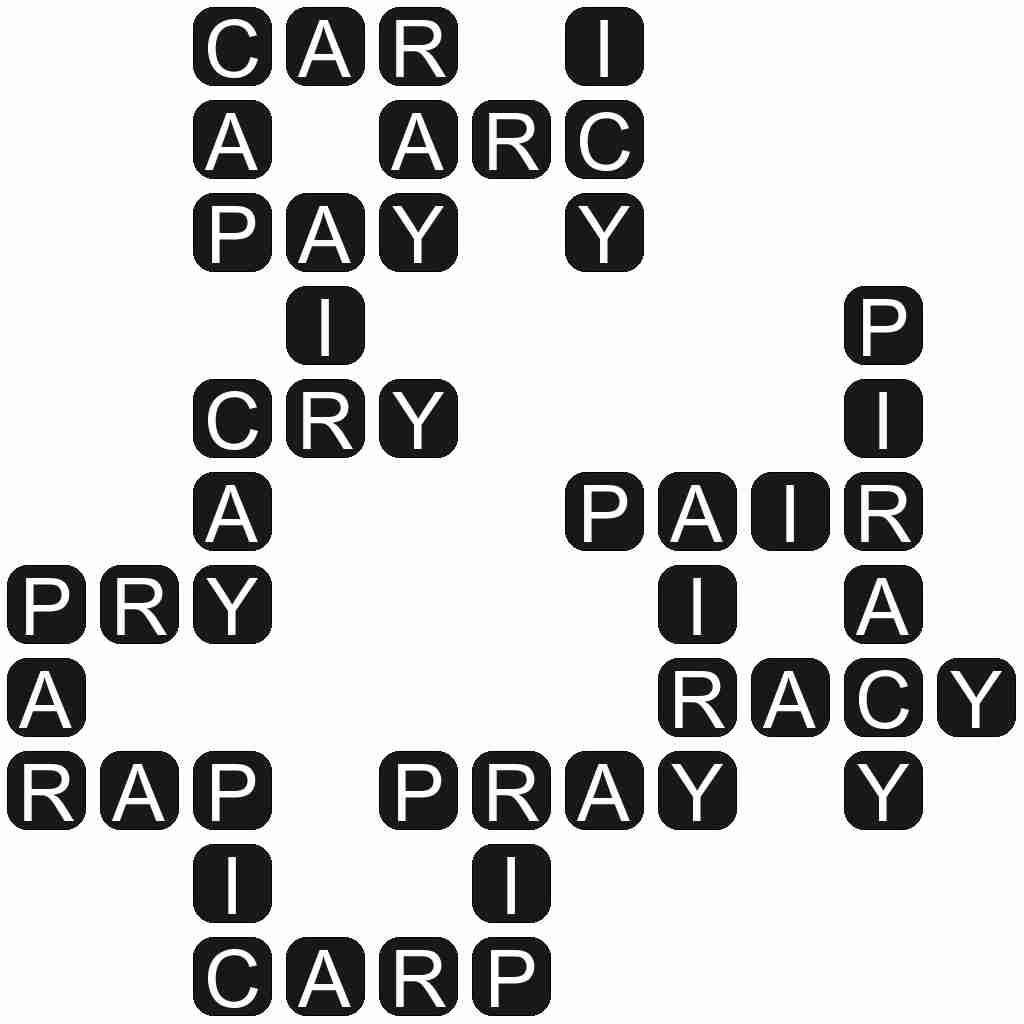 PAY - To give money or other compensation to in exchange for goods or services.

PRY - To look where one is not welcome; to be nosey.

PRAY - To petition or solicit help from a supernatural or higher being.

CARP - Any of various freshwater fish of the family Cyprinidae, especially the common carp, Cyprinus carpio.

PIRACY - Robbery at sea, a violation of international law; taking a ship away from the control of those who are legally entitled to it.