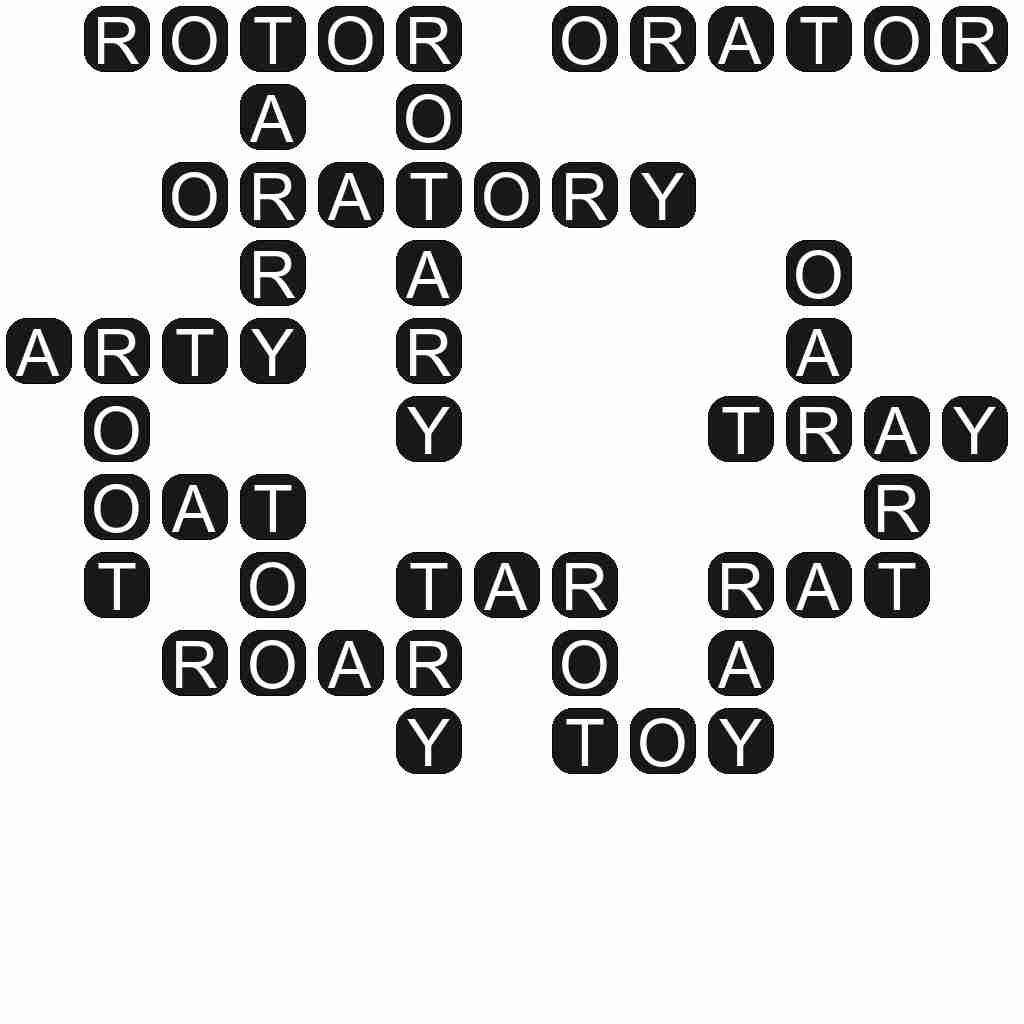 ROTOR - A rotating part of a mechanical device, for example in an electric motor, generator, alternator or pump.

TARRY - To delay; to be late or tardy in beginning or doing anything.

ROTARY - Having or being capable of having rotation.

ORATOR - Someone who orates or delivers an oration.

ORATORY - The art of public speaking, especially in a formal, expressive, or forceful manner.