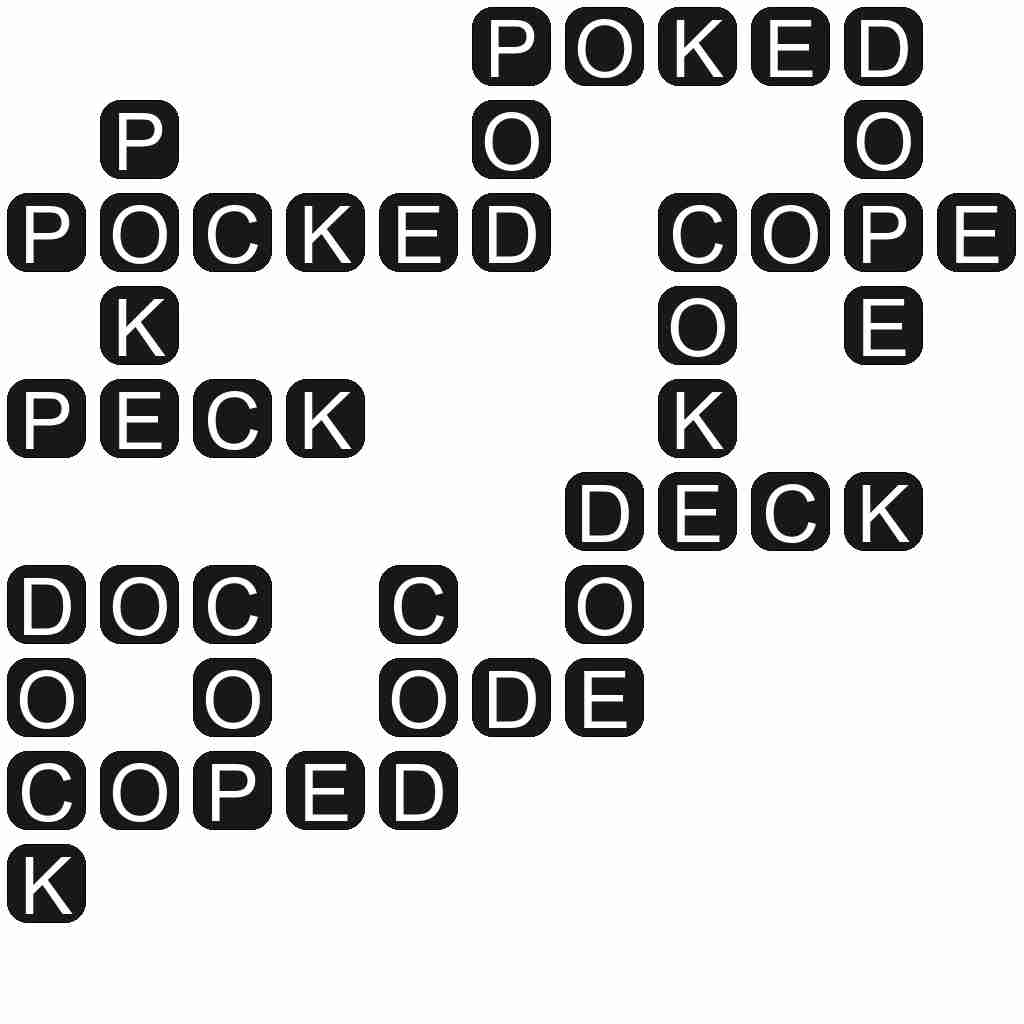 POKE - To poke a fire to remove ash or promote burning.

COPED - Simple past tense and past participle of cope.

POKED - Simple past tense and past participle of poke.

POCKED - Simple past tense and past participle of pock.