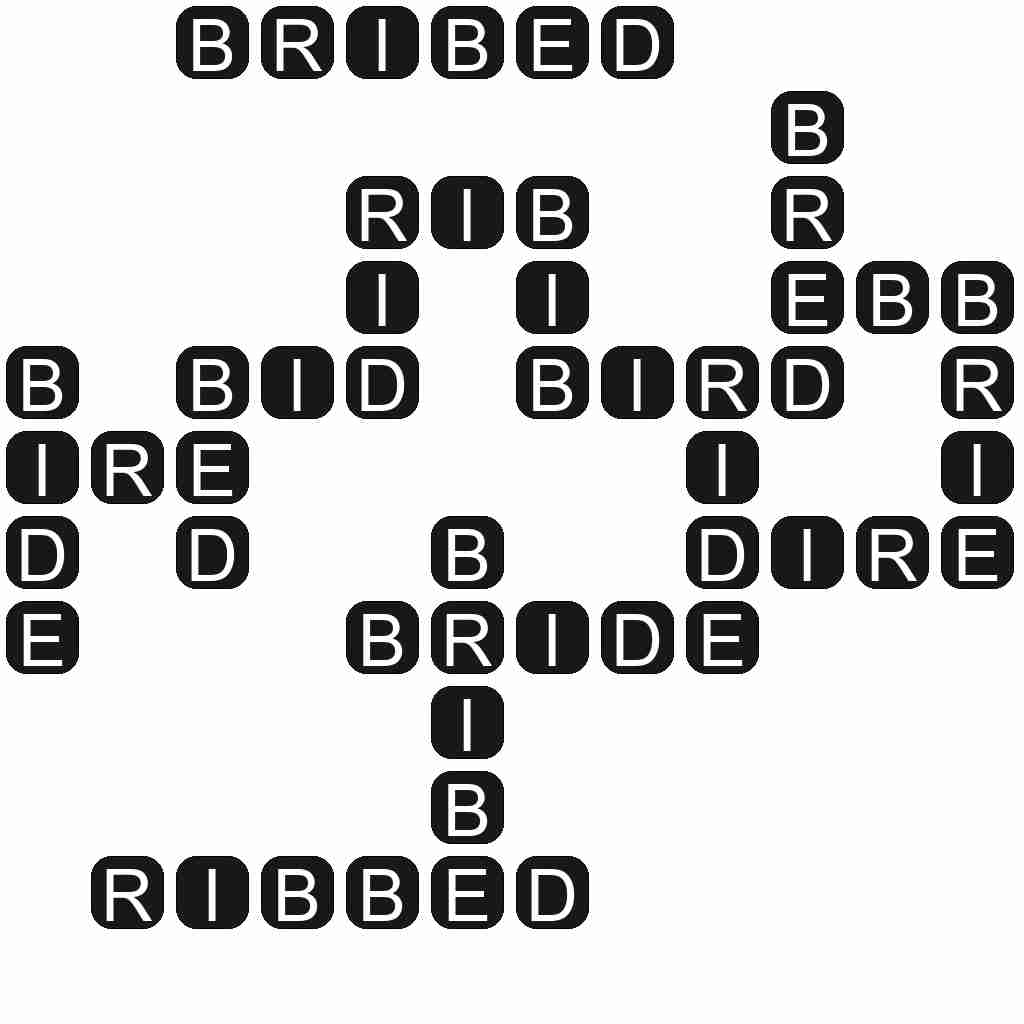 BIB - An item of clothing for babies tied around their neck to protect their clothes from getting dirty when eating.

BRIBE - Something (usually money) given in exchange for influence or as an inducement to dishonesty.

BRIBED - Simple past tense and past participle of bribe.