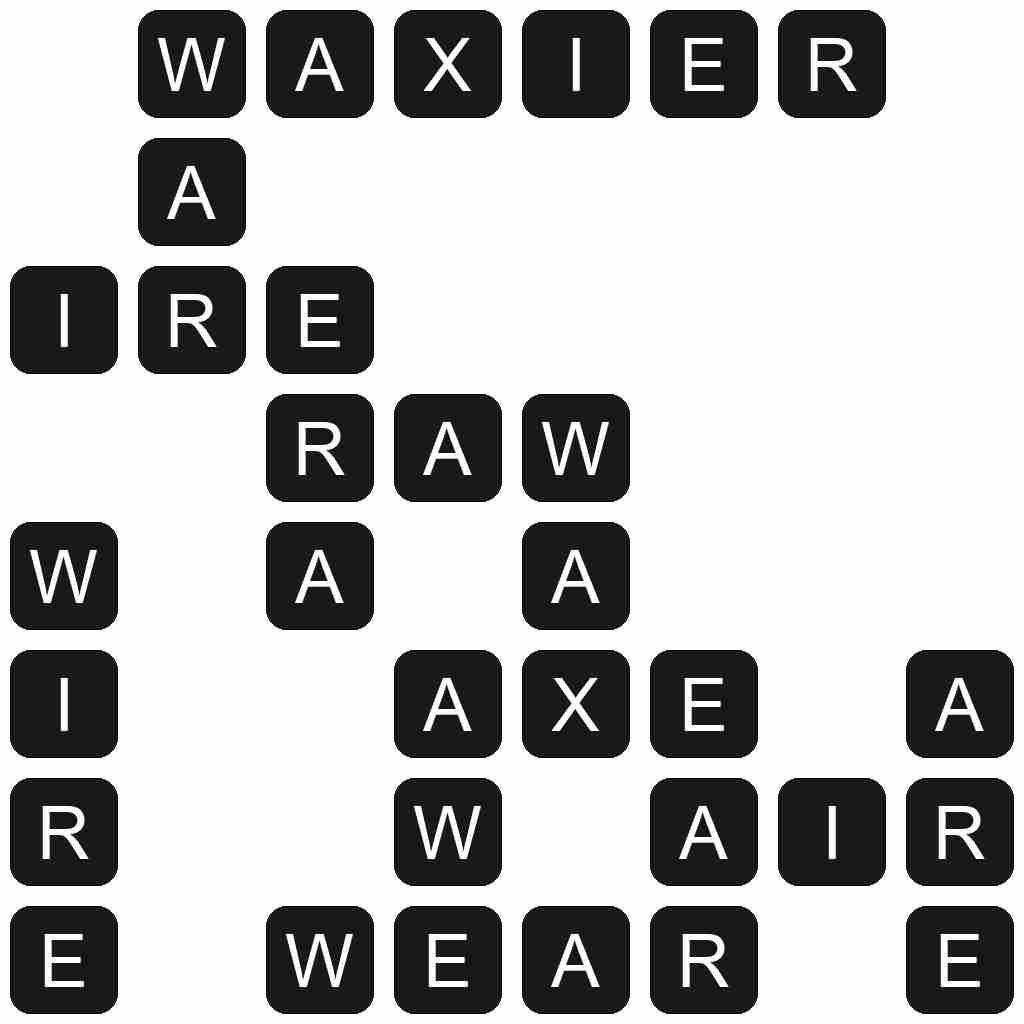 AXE - A tool for felling trees or chopping wood etc. consisting of a heavy head flattened to a blade on one side, and a handle attached to it.

WIRE - Metal formed into a thin, even thread, now usually by being drawn through a hole in a steel die.