The words included in this word game are:
DUE, DUG, EGG, GET, GUT, TUG, TUGGED. 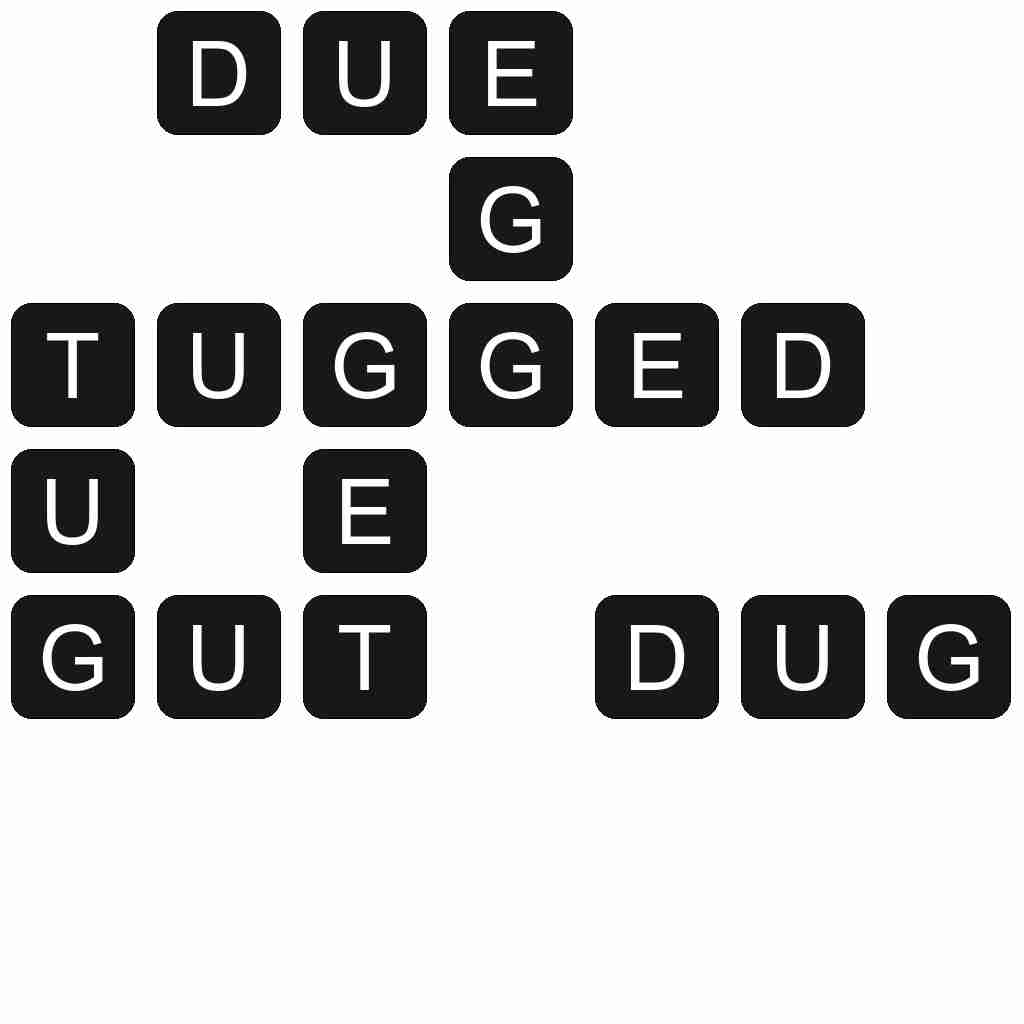 TUGGED - Simple past tense and past participle of tug.