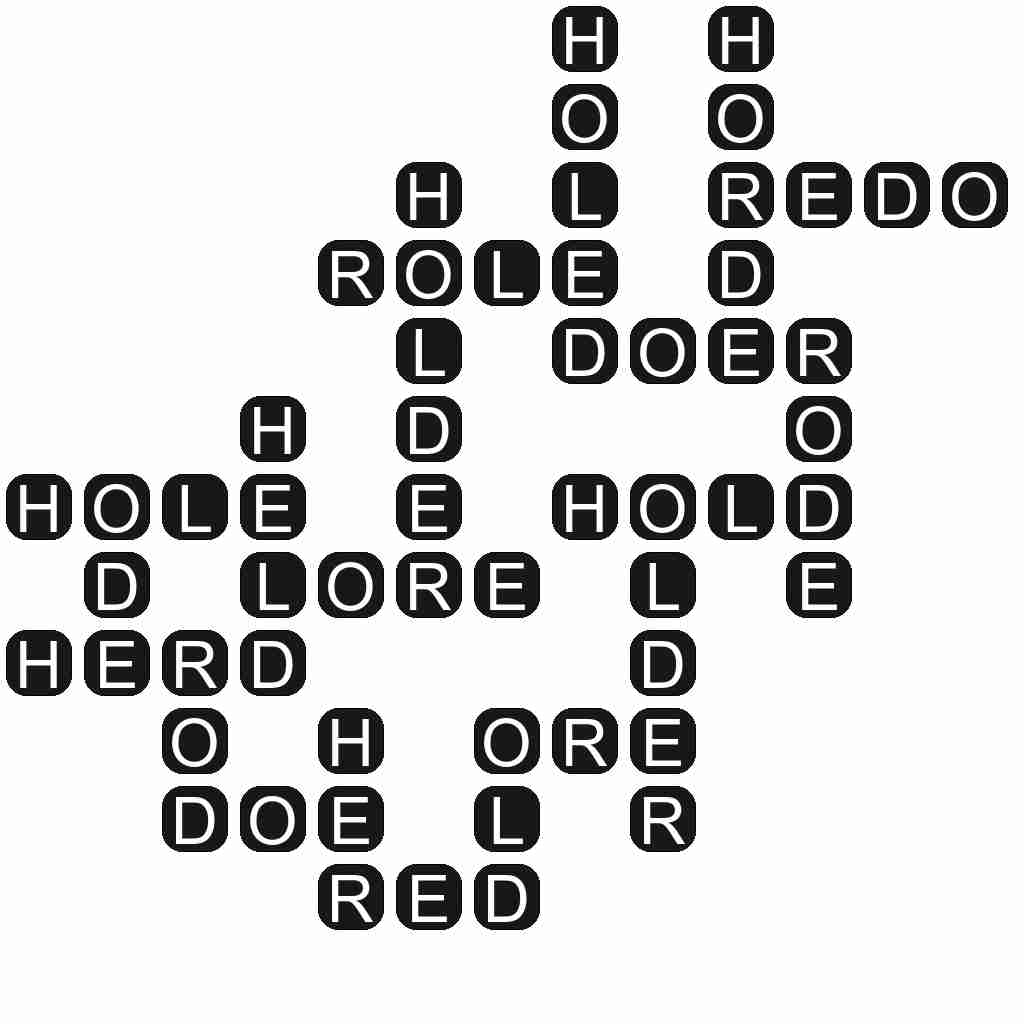 HELD - Simple past tense and past participle of hold.

HERD - To unite or associate in a herd; to feed or run together, or in company.

HOLE - A hollow spot in a surface.

HOLED - Simple past tense and past participle of hole.

HORDE - A wandering troop or gang; especially, a clan or tribe of a nomadic people (originally Tatars) migrating from place to place for the sake of pasturage, plunder, etc.; a predatory multitude.

HOLDER - A thing that holds.