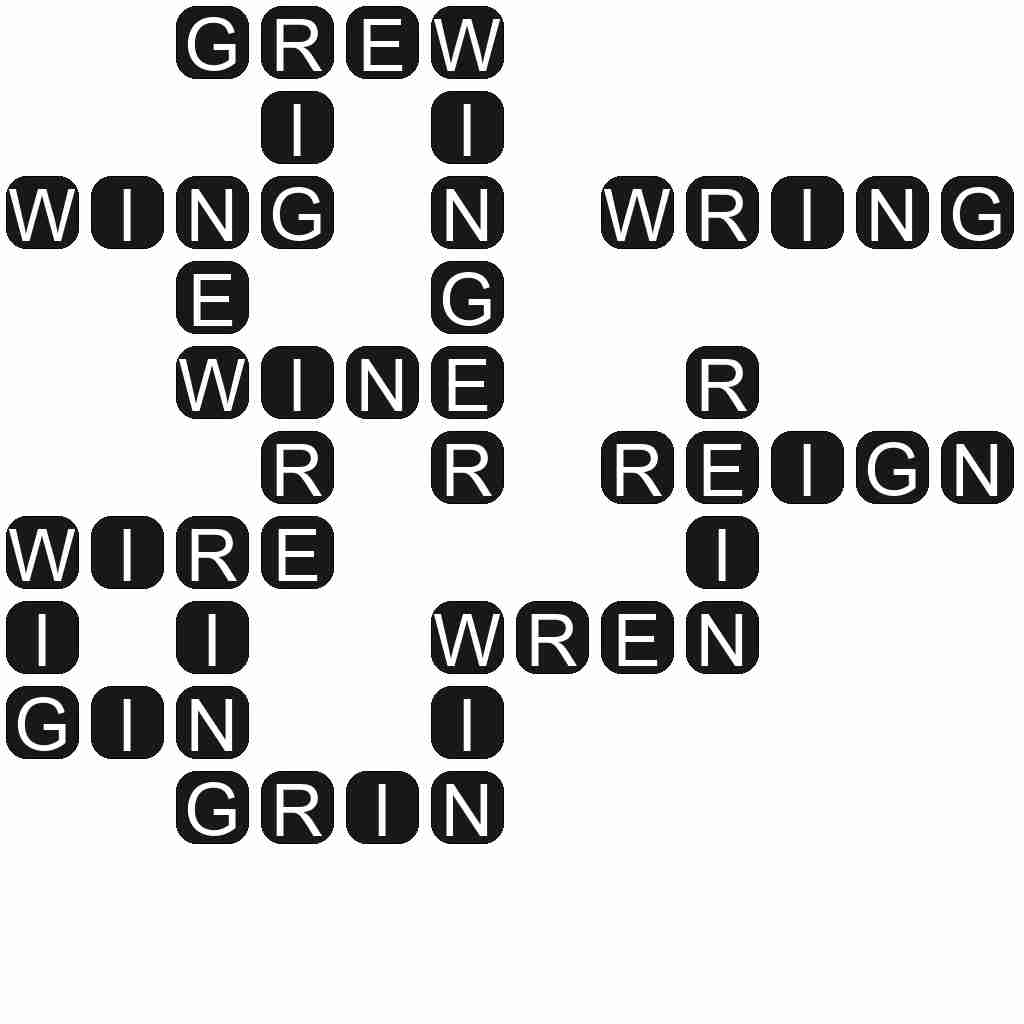 GREW - Simple past of grow.

GRIN - A smile in which the lips are parted to reveal the teeth.

WINE - An alcoholic beverage made by fermenting juice of grapes.

WIRE - Metal formed into a thin, even thread, now usually by being drawn through a hole in a steel die.

REIN - A strap or rope attached to the bridle or bit, used to control a horse, animal or young child.

REIGN - The exercise of sovereign power.

WRING - To squeeze or twist tightly so that liquid is forced out.

WINGER - One of the casks stowed in the wings of a vessel's hold, being smaller than such as are stowed more amidships.