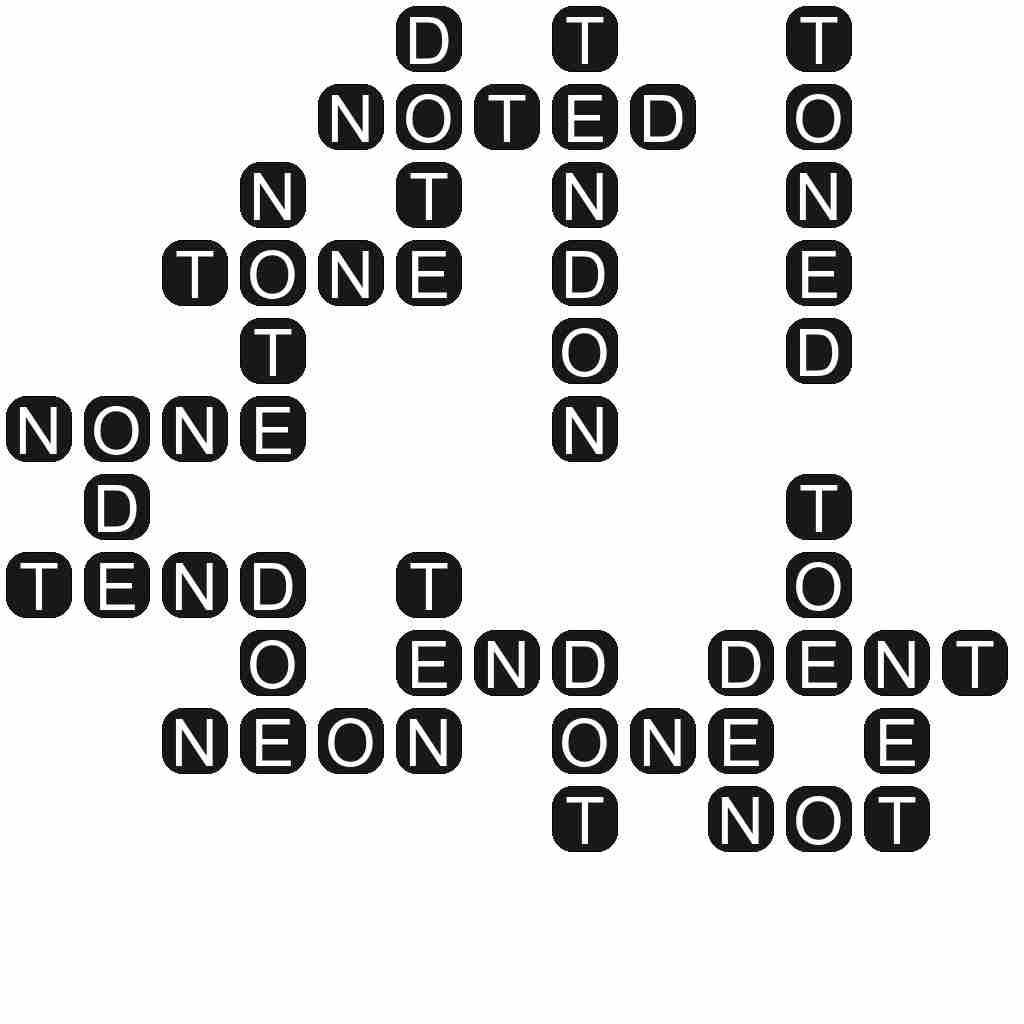 NEON - The chemical element (symbol Ne) with an atomic number of 10.

NONE - Not any (one) of a given number or group of things. With singular or plural concord.

DOTE - To be excessively fond of.

TONED - Simple past tense and past participle of tone.

TENDON - A tough band of inelastic fibrous tissue that connects a muscle with its bony attachment.