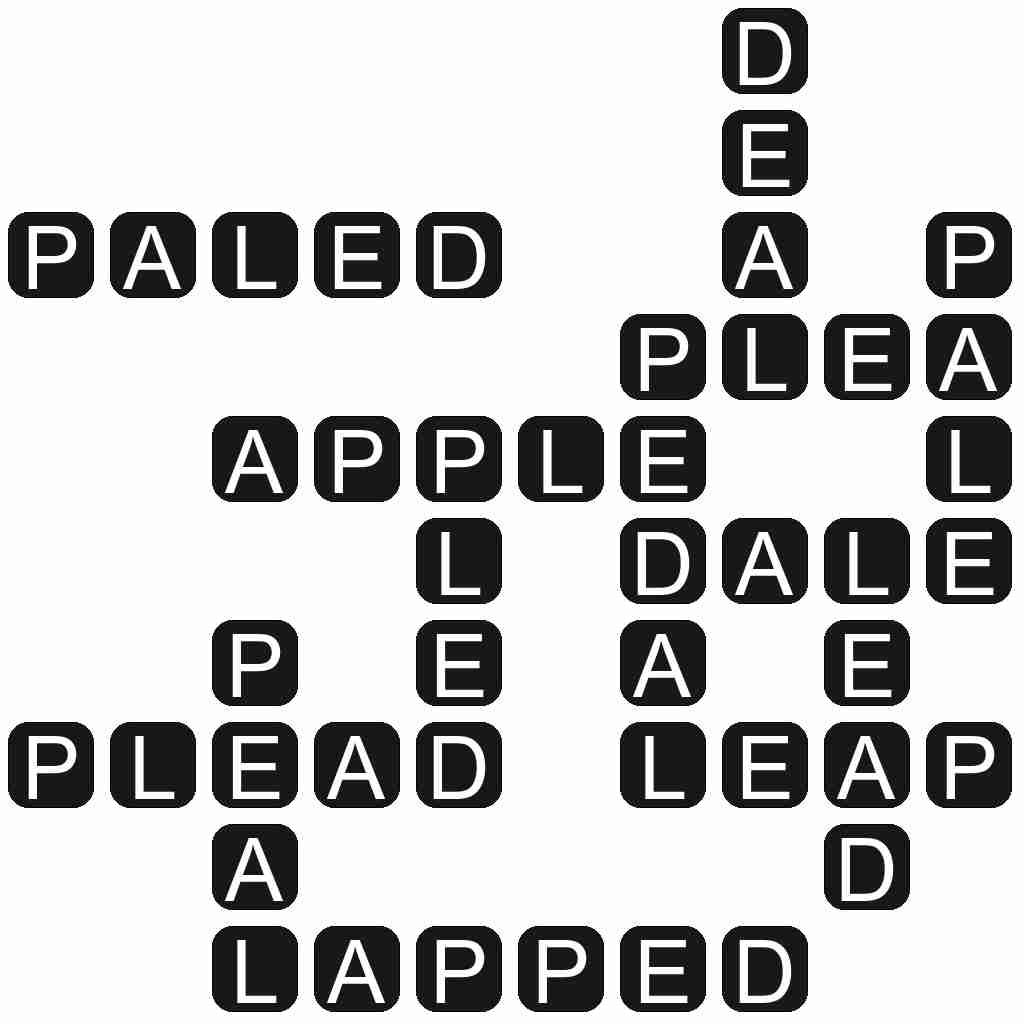 PLED - Simple past tense and past participle of plead.

APPLE - A common, round fruit produced by the tree Malus domestica, cultivated in temperate climates.

PALED - Simple past tense and past participle of pale.

PEDAL - A lever operated by one's foot that is used to control a machine or mechanism, such as a bicycle or piano.

PLEAD - To present an argument, especially in a legal case.

LAPPED - Past tense of to lap.