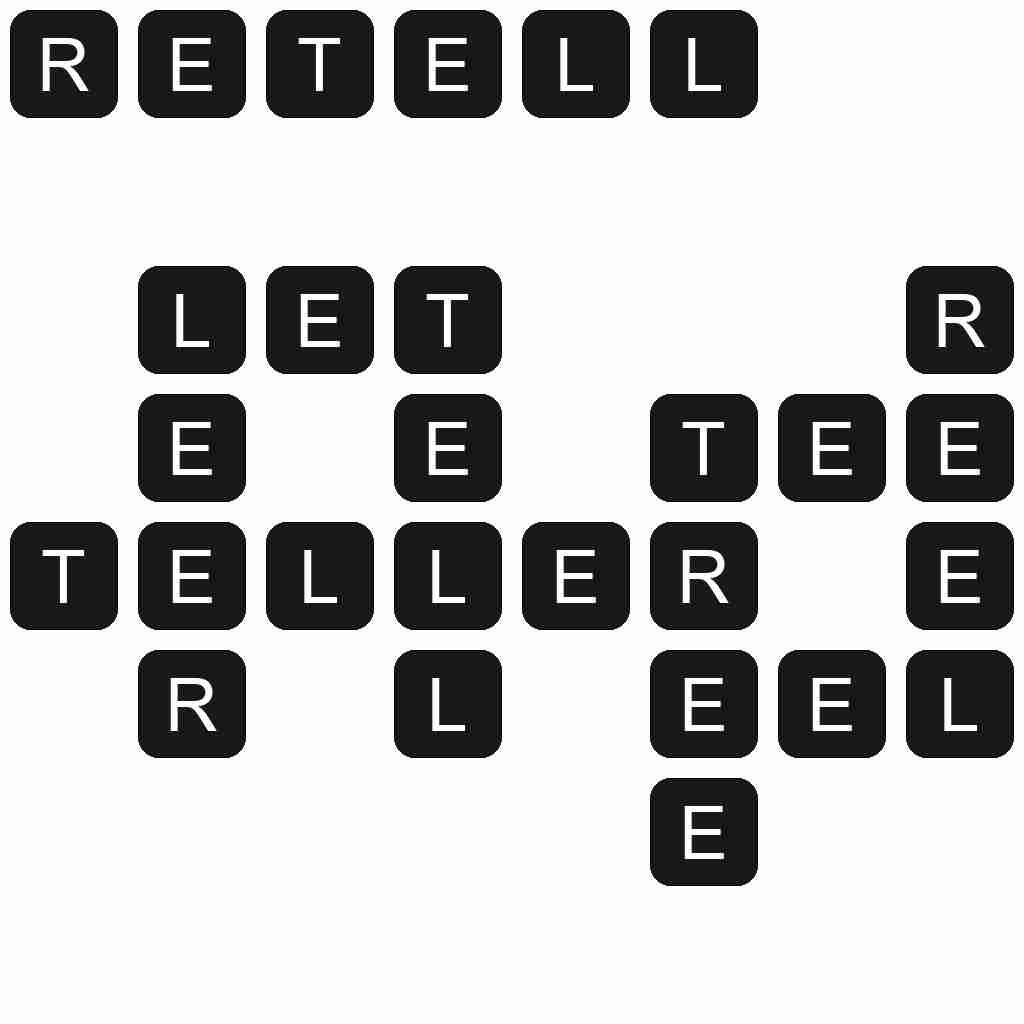 TELLER - A person who tells stories.

RETELL - To tell again, to paraphrase, to tell something one has read or heard.