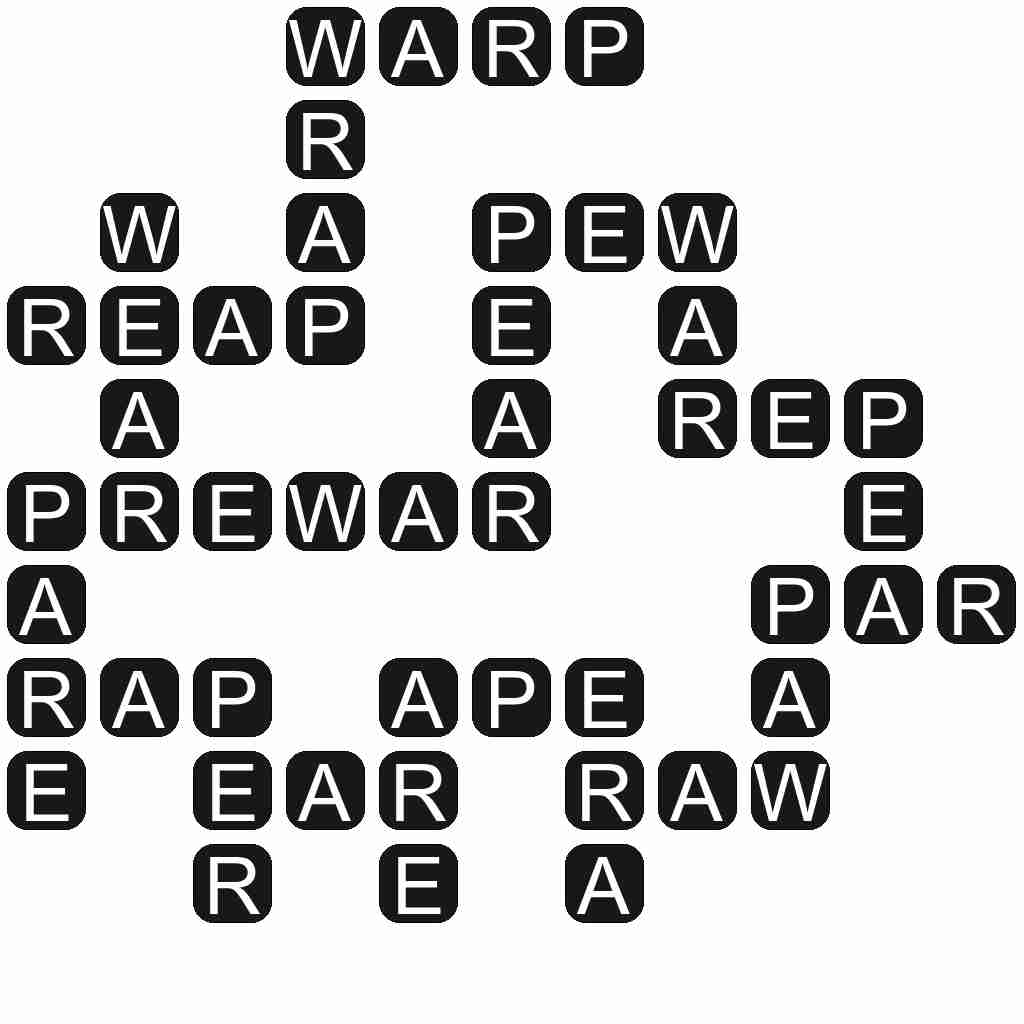 PAW - The soft foot of a mammal or other animal, generally a quadruped, that has claws or nails; comparable to a human hand or foot.

PEW - One of the long benches in a church, seating several persons, usually fixed to the floor and facing the chancel.

WRAP - To enclose (an object) completely in any flexible, thin material such as fabric or paper.

PREWAR - Prior to hostilities; in the time before the war; often, before the most recent significant war.