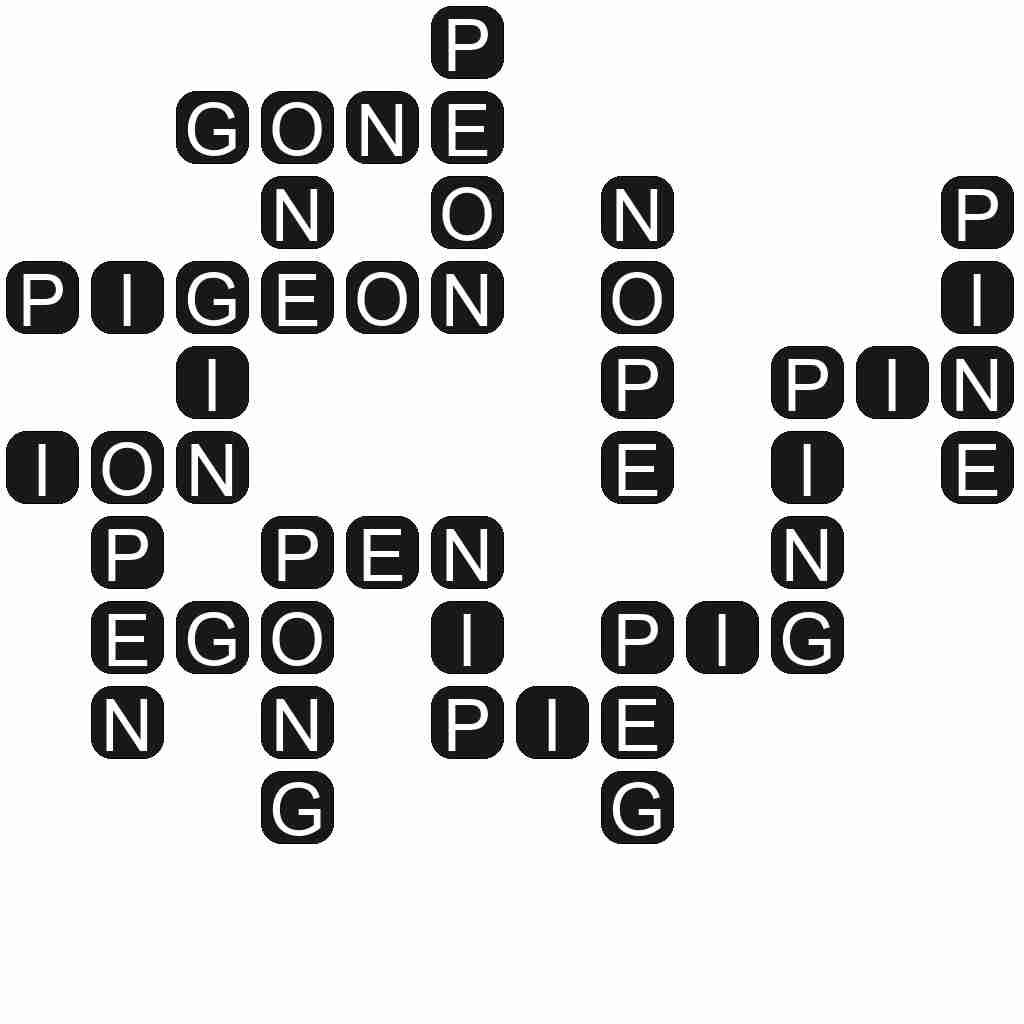 GONE - Past participle of go.

PINE - Any coniferous tree of the genus Pinus.

PONG - A packet that is replying to a ping, and thereby indicating the presence of a host.

PIGEON - One of several birds of the family Columbidae, which consists of more than 300 species.