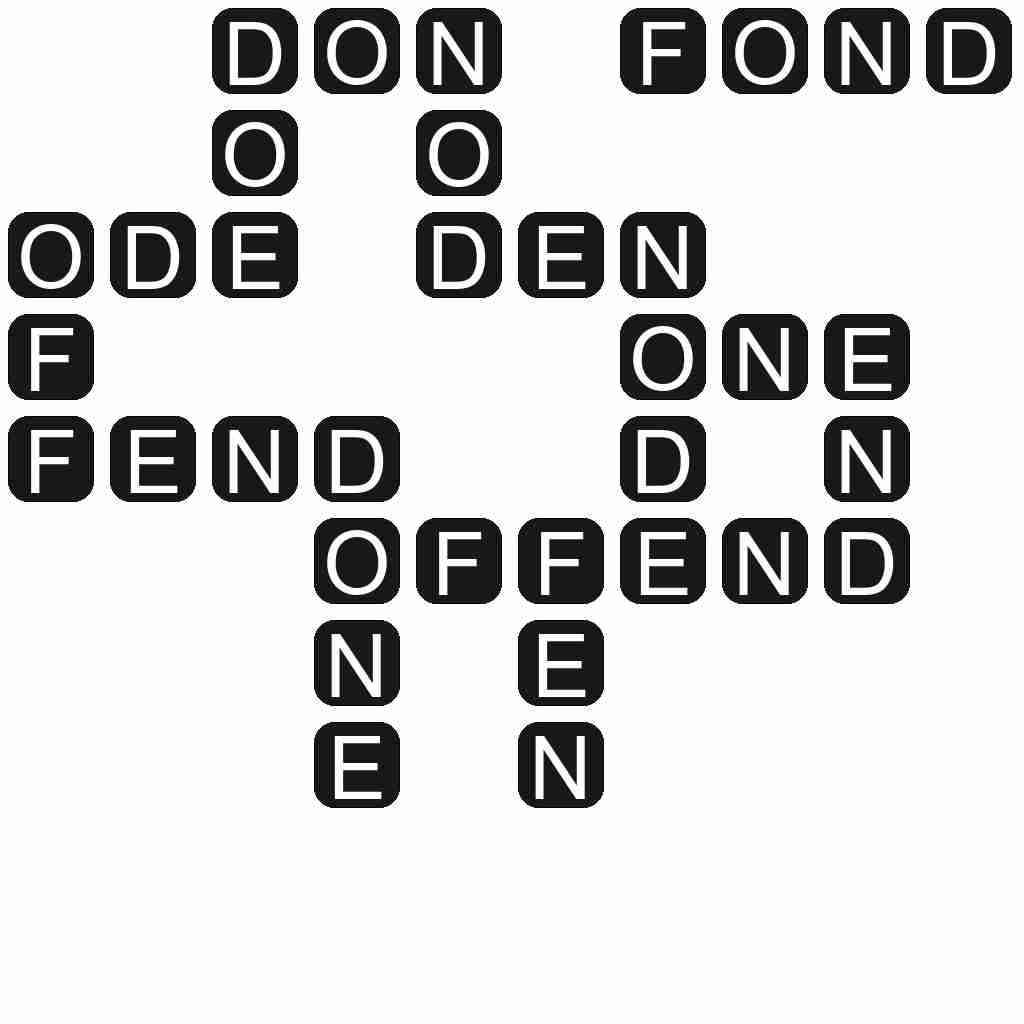 FOND - Having a liking or affection (for).

FEND - An enemy; fiend; the Devil.

OFFEND - To hurt the feelings of; to displease; to make angry; to insult.