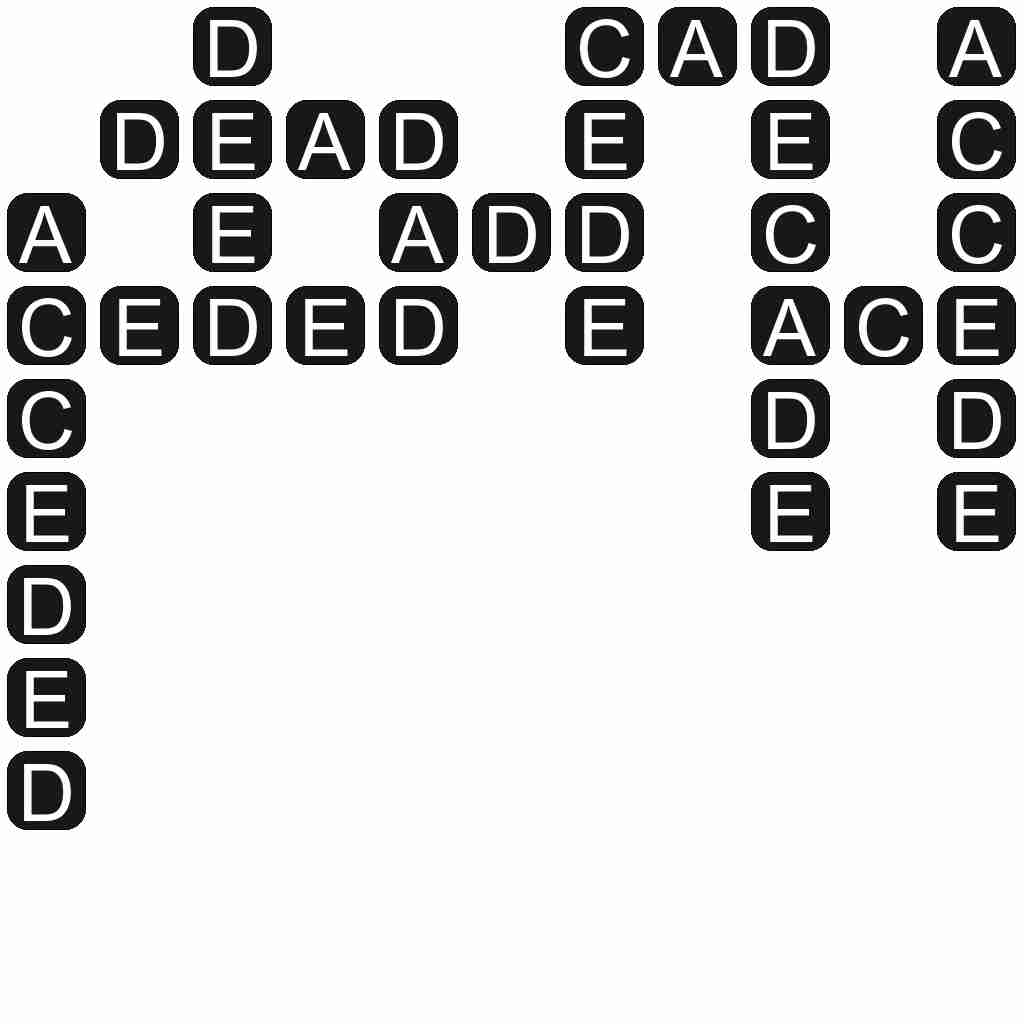 DEED - An action or act; something that is done.

CEDED - Simple past tense and past participle of cede.

DECADE - A series of ten Hail Marys in the rosary.

ACCEDE - To become a party to an agreement or a treaty.

ACCEDED - Simple past tense and past participle of accede.