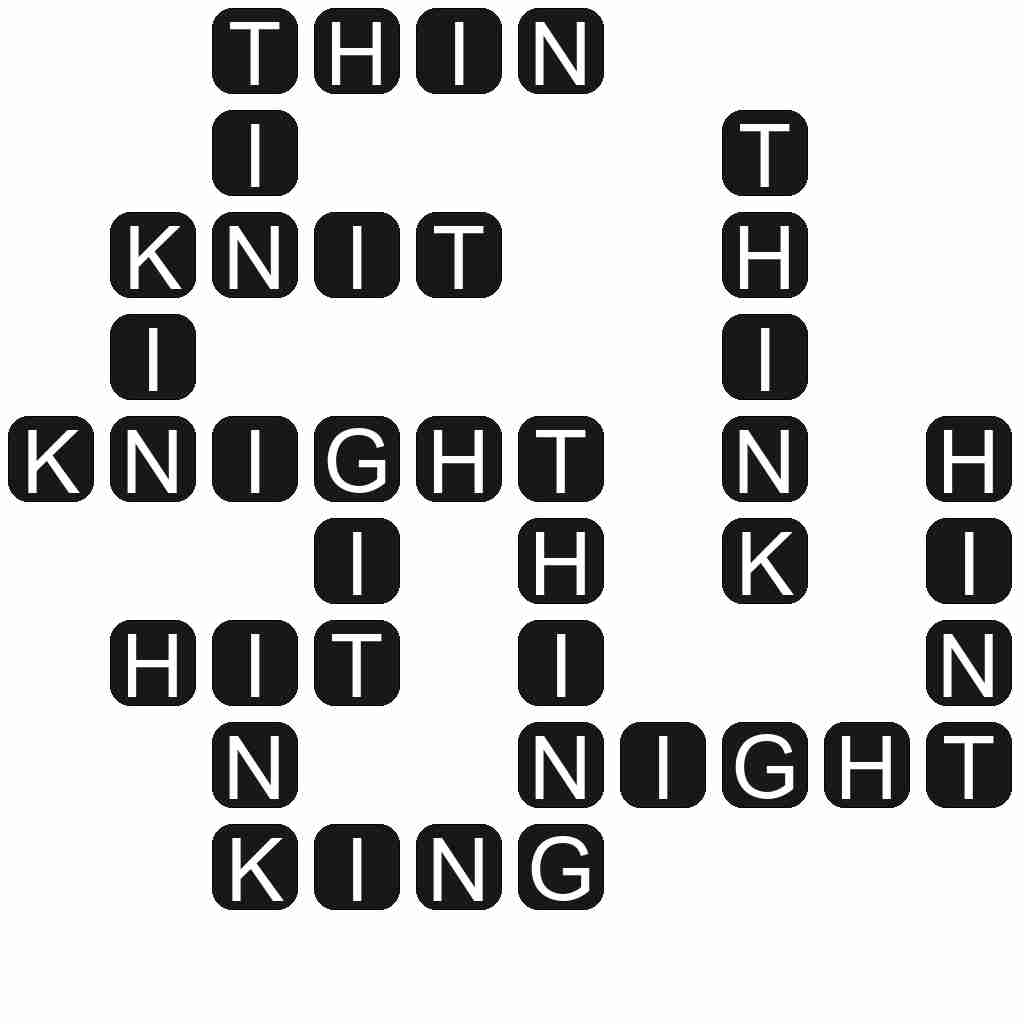 KING - A male monarch; a man who heads a monarchy. If it's an absolute monarchy, then he is the supreme ruler of his nation.

THIN - Having little thickness or extent from one surface to its opposite.

KNIT - And (intransitive) To turn thread or yarn into a piece of fabric by forming loops that are pulled through each other. This can be done by hand with needles or by machine.

NIGHT - The period between sunset and sunrise, when a location faces far away from the sun, thus when the sky is dark.

THING - That which is considered to exist as a separate entity, object, quality or concept.

THINK - To ponder, to go over in one's head.

KNIGHT - A warrior, especially of the Middle Ages.