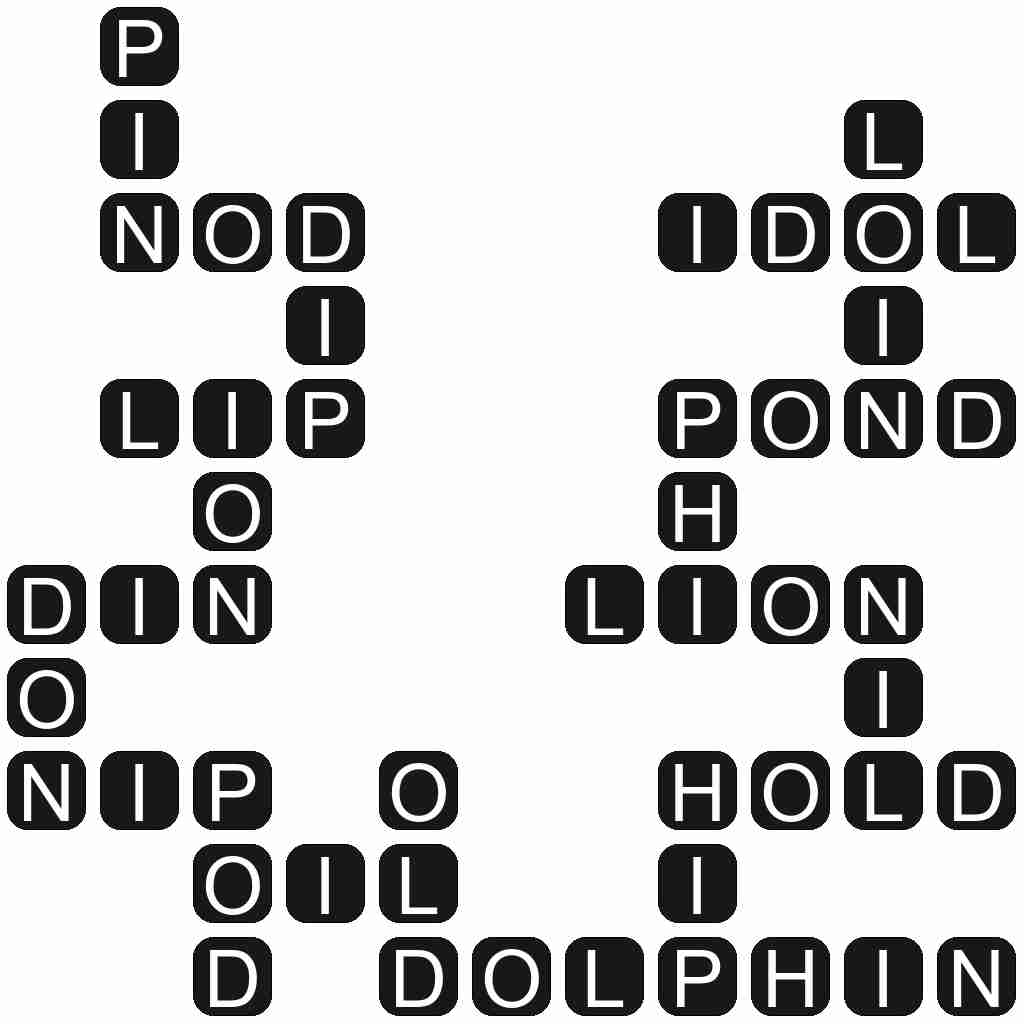 HIP - The outward-projecting parts of the pelvis and top of the femur and the overlying tissue.

DIN - A loud noise; a cacophony or loud commotion.

PHI - The twenty-first letter of the Classical and Modern Greek, the twenty-second letter of Old and Ancient.

IDOL - A graven image or representation of anything that is revered, or believed to convey spiritual power.

POND - An inland body of standing water, either natural or man-made, that is smaller than a lake.

DOLPHIN - A carnivorous aquatic mammal inhabiting mostly in the shallower seas of the continental shelves, famed for its intelligence and occasional willingness to approach humans.