The words included in this word game are:
CON, ONE, CONE, LONE, ONCE, CLONE. 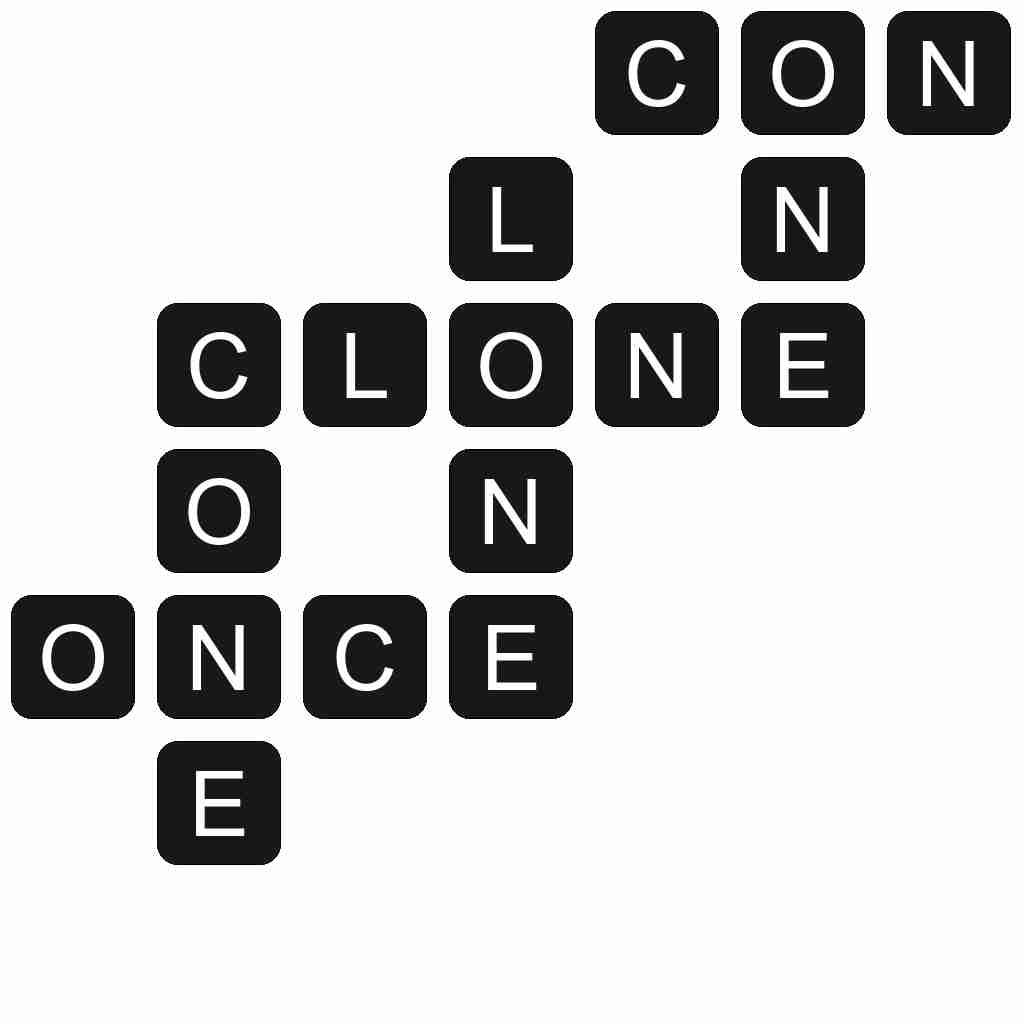 LONE - Solitary; having no companion.

CLONE - A living organism (originally a plant) produced asexually from a single ancestor, to which it is genetically identical.