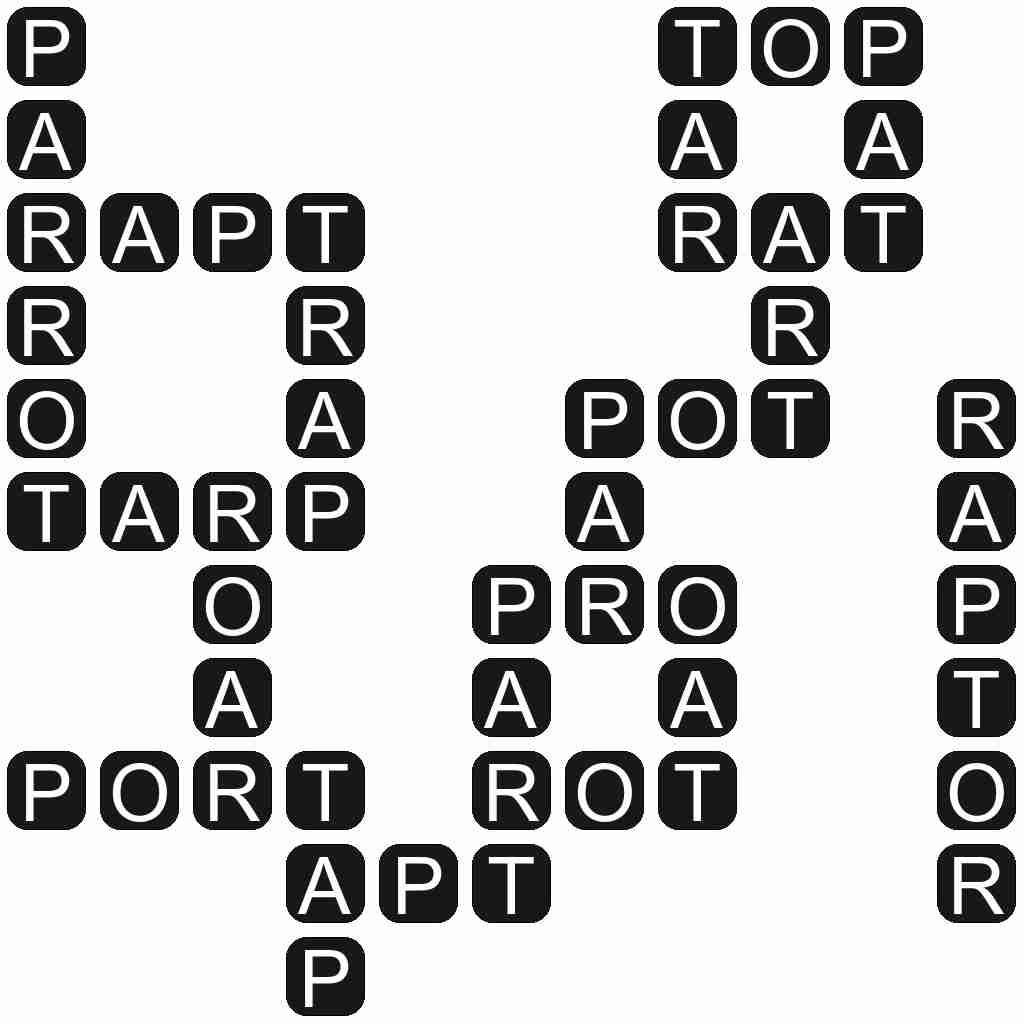 TAP - A tapering cylindrical pin or peg used to stop the vent in a cask; a spigot.

PART - A fraction of a whole; a portion.

TRAP - A machine or other device designed to catch (and sometimes kill) animals, either by holding them in a container, or by catching hold of part of the body.

PARROT - A kind of bird, many species of which are colourful and able to mimic human speech.

RAPTOR - A bird of prey.