Home » Wordscapes answers for all levels » 2211 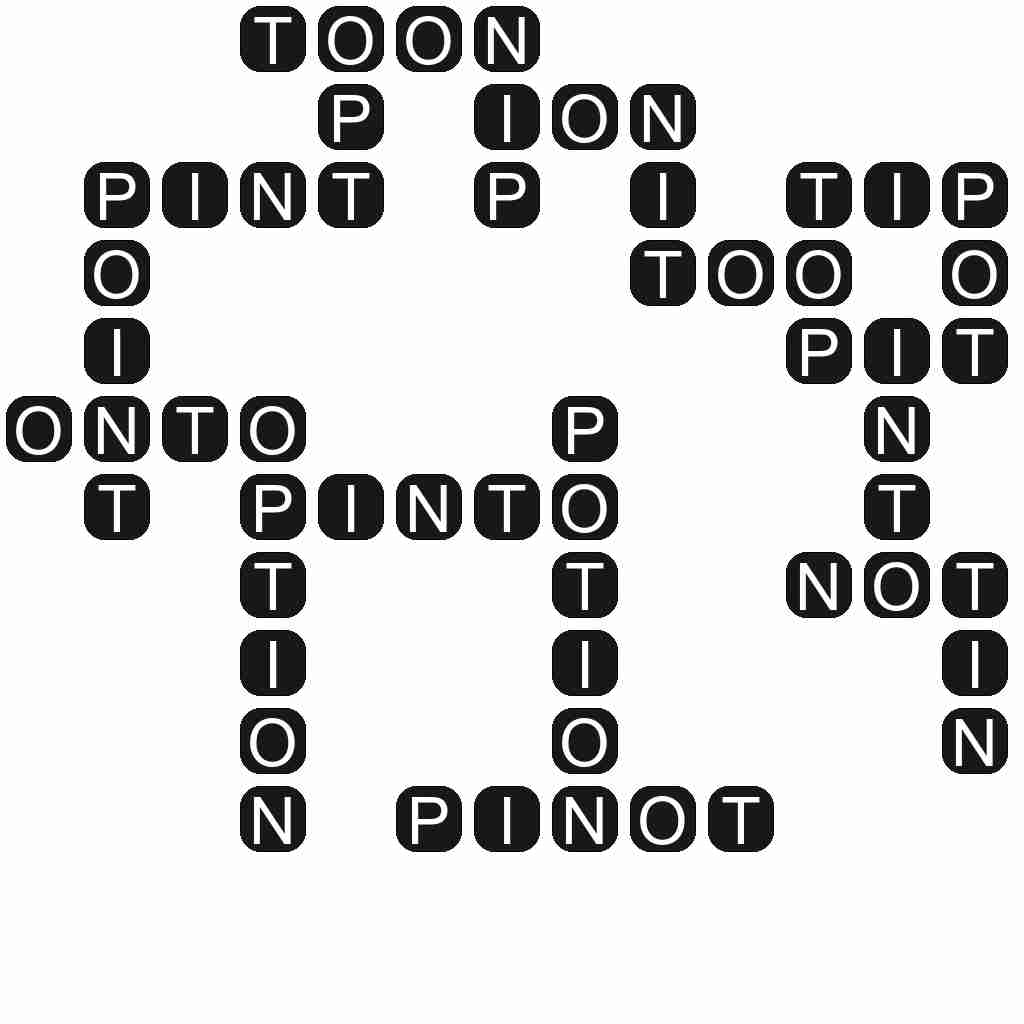 POINT - A discrete division of something.

PINTO - A horse with a patchy coloration that includes white.

PINOT - Any of several grape varieties grown in Europe and North America.

OPTION - One of the choices which can be made.

POTION - A small portion or dose of a liquid which is medicinal, poisonous, or magical.