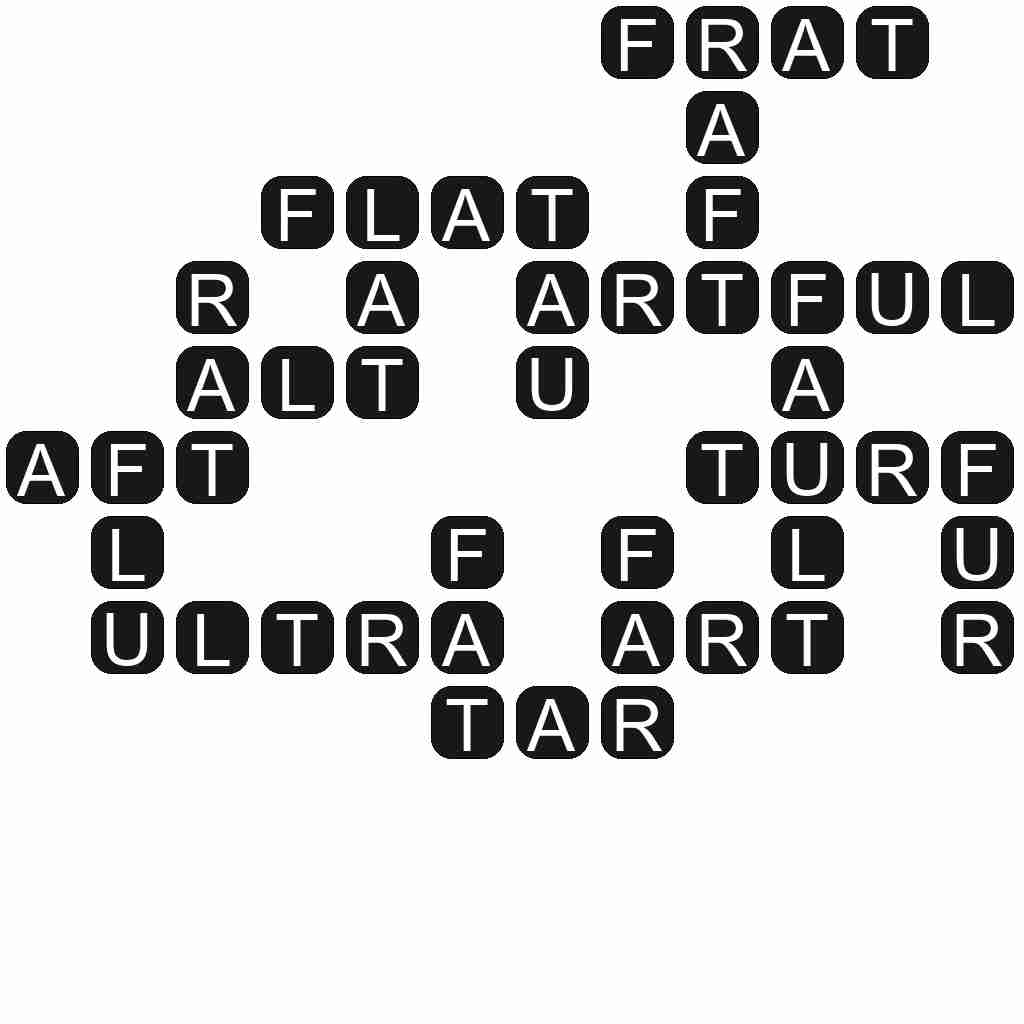 TURF - A layer of earth covered with grass; sod.

FAULT - A defect; something that detracts from perfection.

ULTRA - Extreme; far beyond the norm.

ARTFUL - Performed with, or characterized by, art or skill.