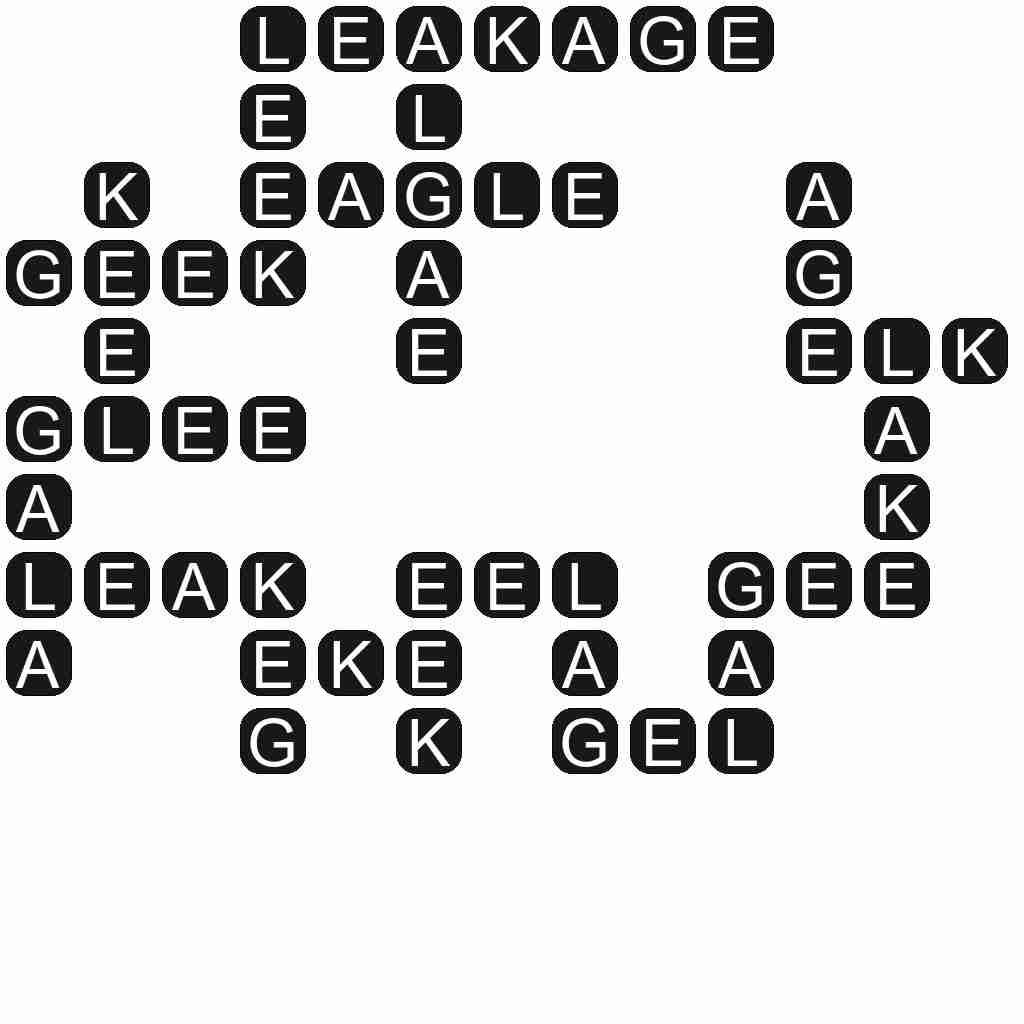 KEG - A round, traditionally wooden container of lesser capacity than a barrel, often used to store beer.

GEEK - A carnival performer specializing in bizarre and unappetizing behavior.

KEEL - A large beam along the underside of a ship's hull from bow to stern.

LEEK - The vegetable Allium ampeloprasum variety porrum, of the lily family, having edible leaves and an onion-like bulb but with a milder flavour than the onion.

EAGLE - Any of several large carnivorous and carrion-eating birds in the family Accipitridae, having a powerful hooked bill and keen vision.

LEAKAGE - An act of leaking, or something that leaks.