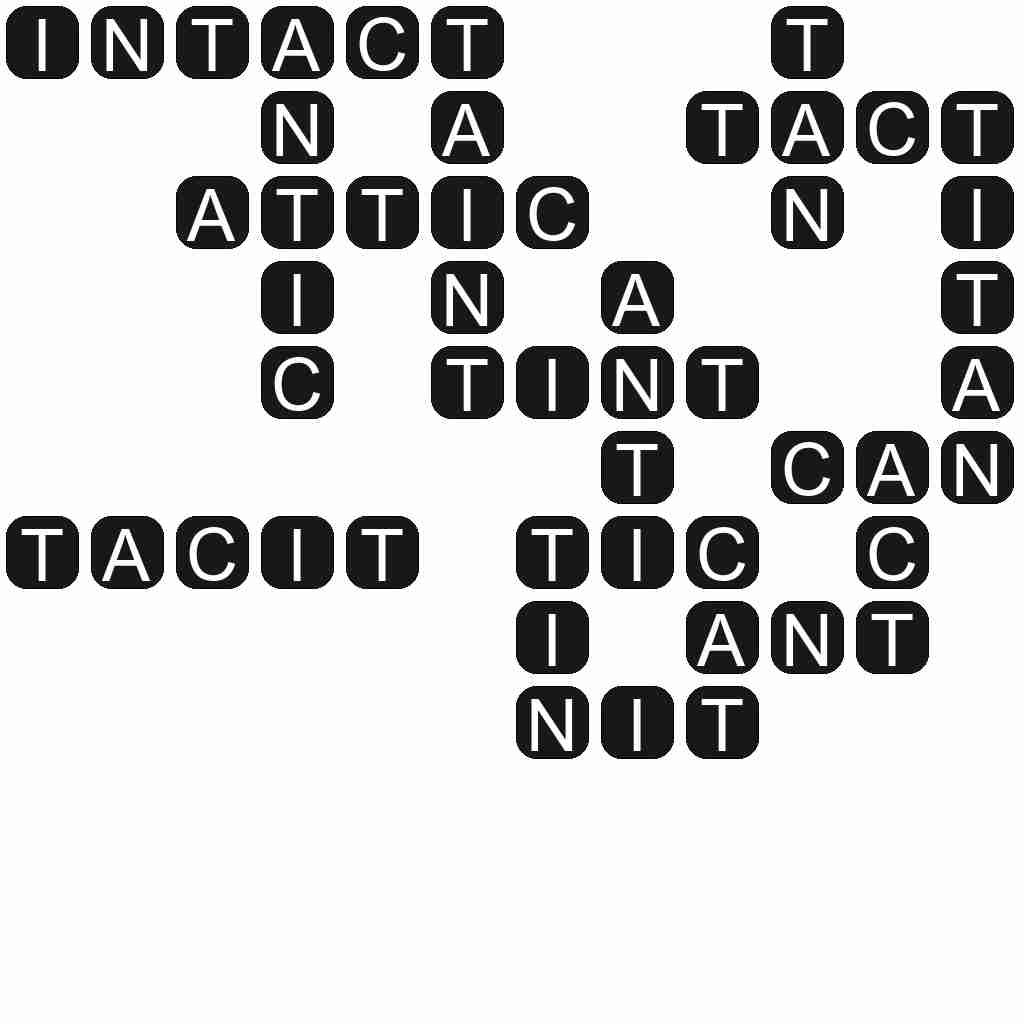 ATTIC - The space, often unfinished and with sloped walls, directly below the roof in the uppermost part of a house or other building, generally used for storage or habitation.

TACIT - Done or made in silence; implied, but not expressed; silent; as, tacit consent is consent by silence, or by not interposing an objection.

TITAN - Something or someone of very large stature, greatness, or godliness.

TAINT - A contamination, decay or putrefaction, especially in food.

INTACT - Untouched, especially by anything that harms, defiles, or the like; uninjured; whole; undefiled; left complete or entire; not damaged.