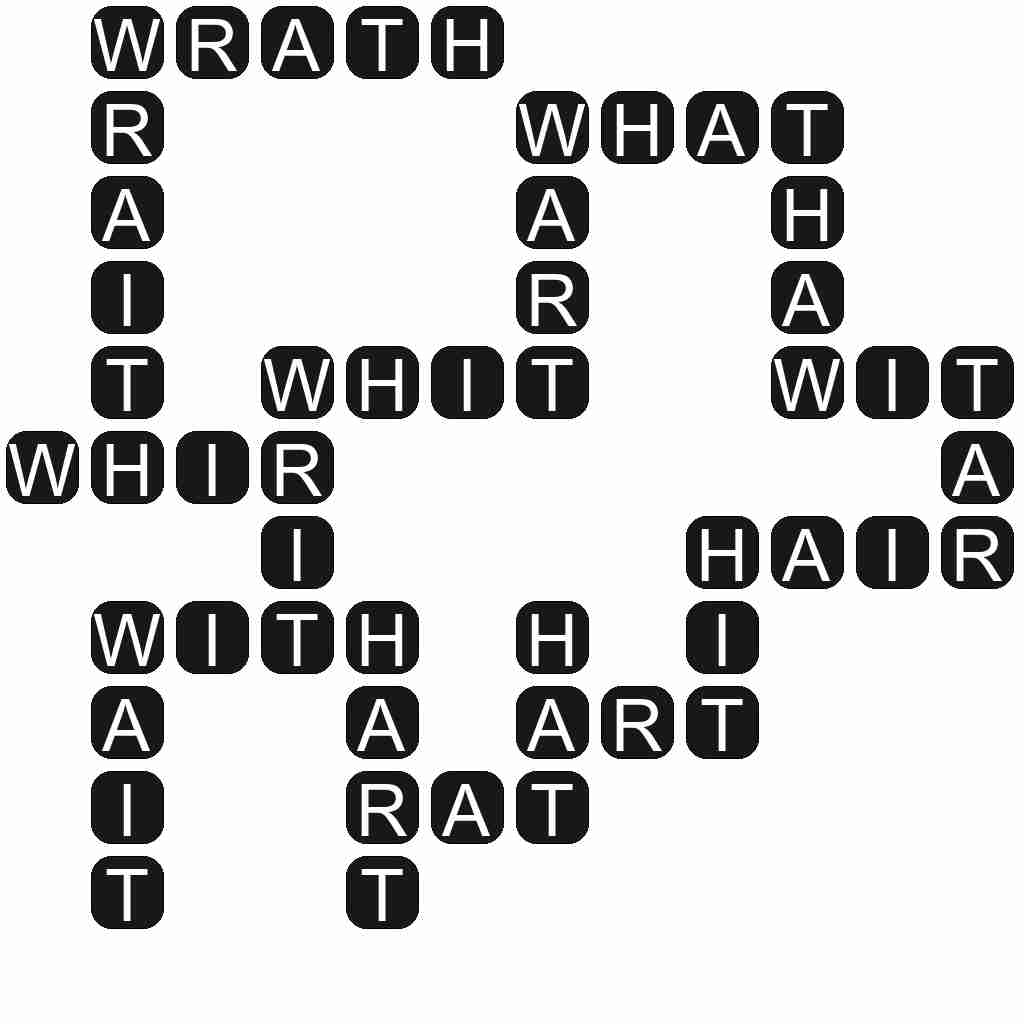 WAIT - To delay movement or action until the arrival or occurrence of; to await. (Now generally superseded by "wait for".).

WHIT - The smallest part or particle imaginable; an iota.

WRIT - A written order, issued by a court, ordering someone to do (or stop doing) something.

WRAITH - A ghost or specter, especially seen just after a person's death.