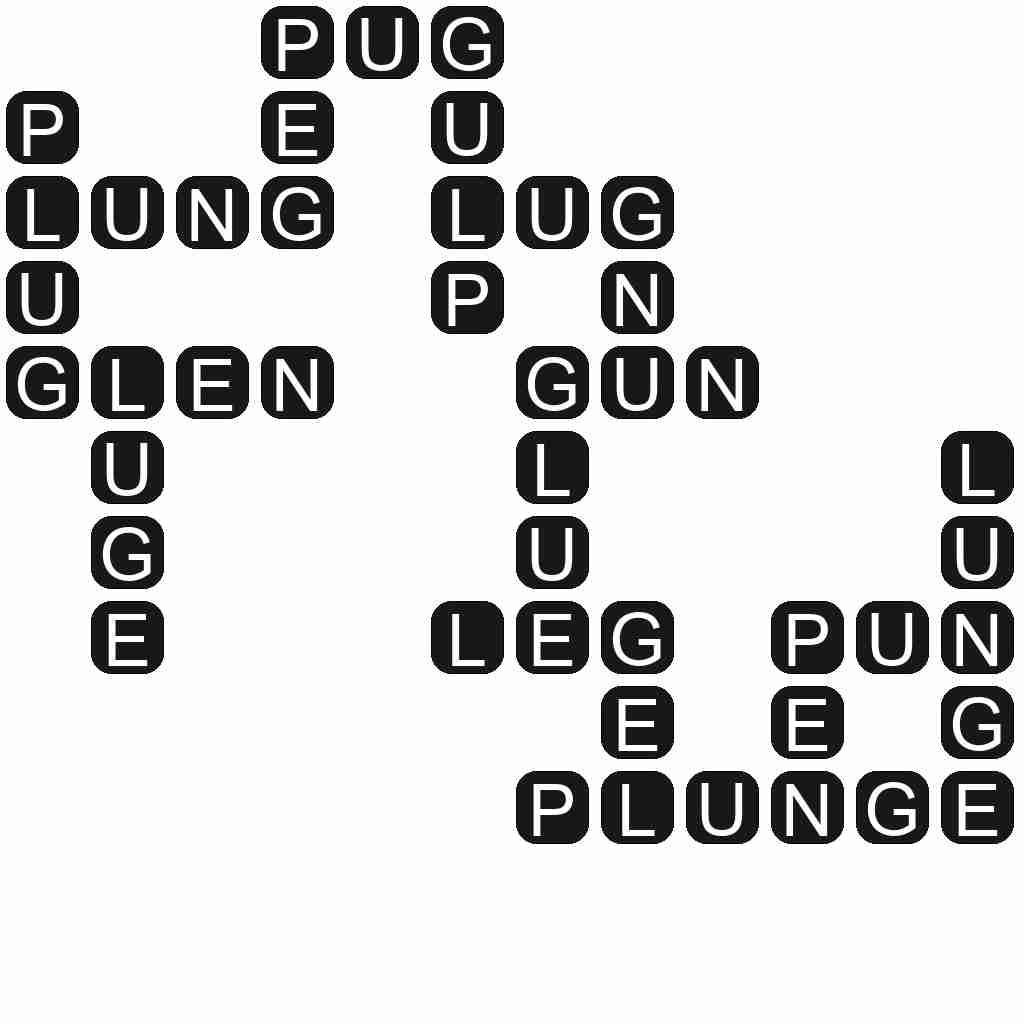 PLUG - A pronged connecting device which fits into a mating socket.

GLEN - A secluded and narrow valley; a dale; a depression between hills.

LUNGE - A sudden forward movement, especially with a sword.

PLUNGE - The act of plunging or submerging.