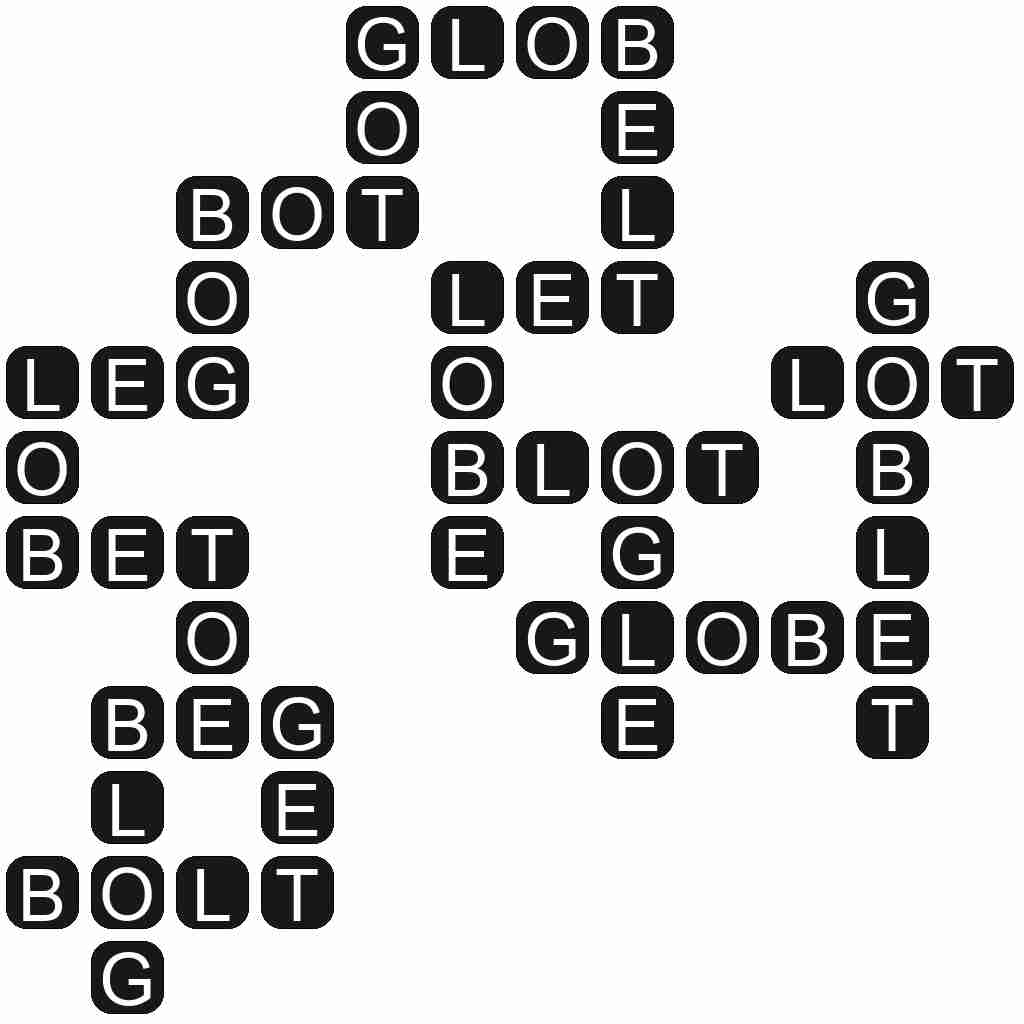 BOLT - A (usually) metal fastener consisting of a cylindrical body that is threaded, with a larger head on one end. It can be inserted into an unthreaded hole up to the head, with a nut then threaded on the other end; a heavy machine screw.

BLOT - A blemish, spot or stain made by a coloured substance.

GOBLET - A drinking vessel with a foot and stem.