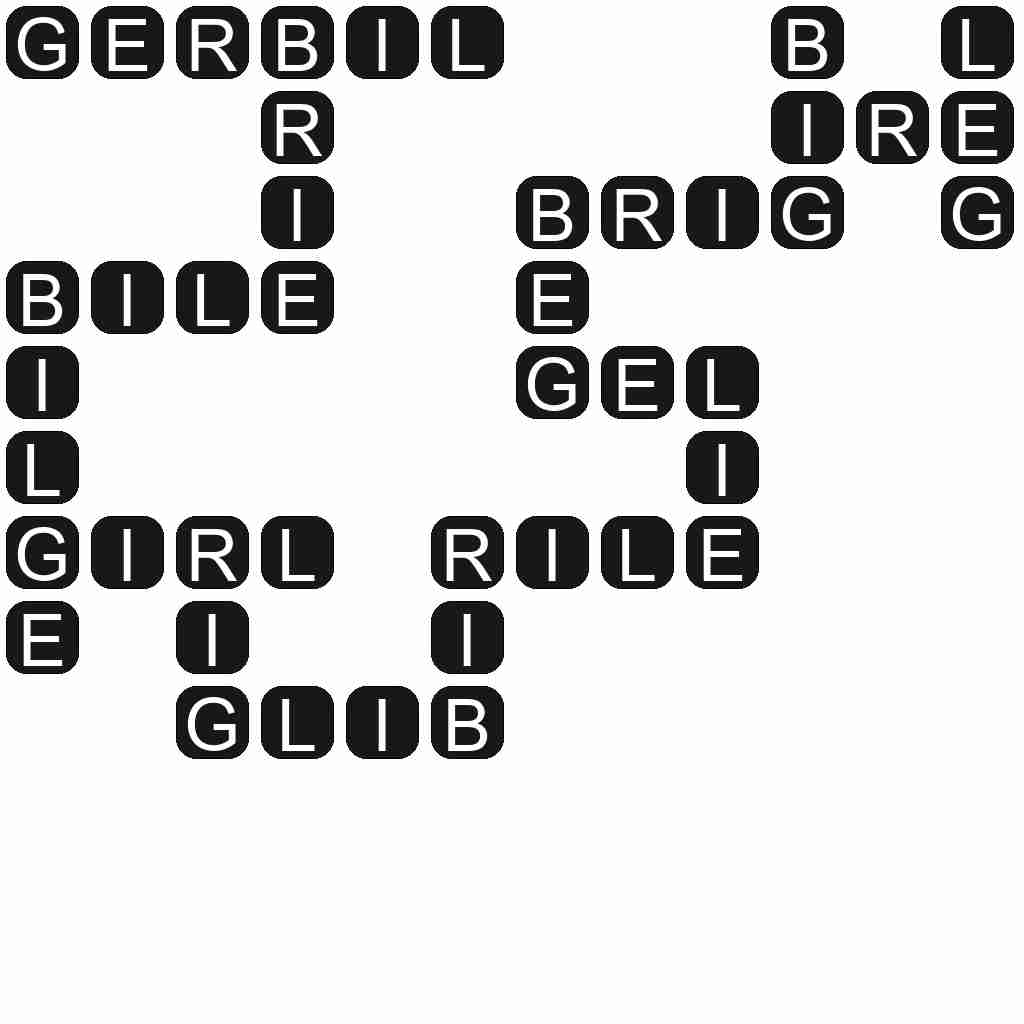 BRIG - A two-masted vessel, square-rigged on both foremast and mainmast.

GIRL - A young female human; (in contrast to boy), a female child or young adult.

GERBIL - One of several species of small, jumping, murine rodents, of the genus Gerbillus. In their leaping powers they resemble the jerboa. They inhabit Africa, India, and Southern Europe.