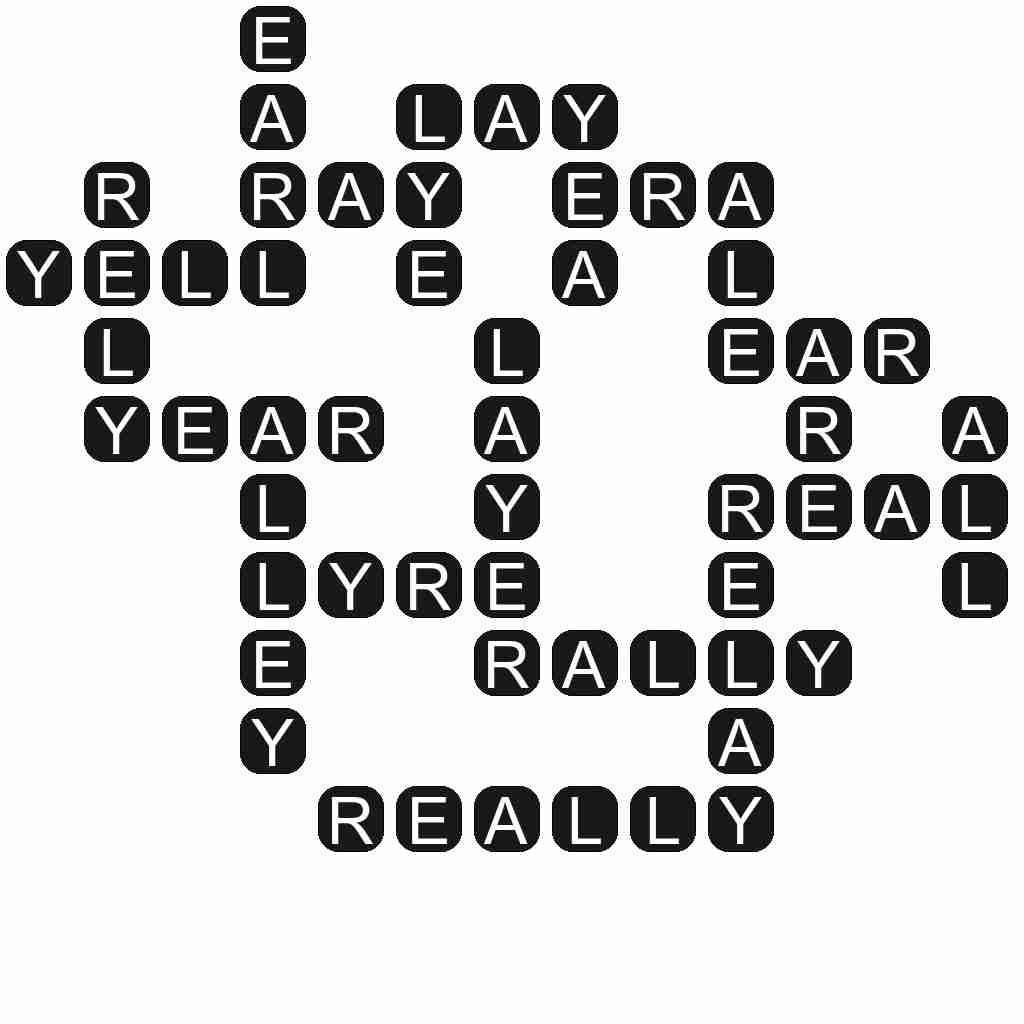 YEAR - The time it takes the Earth to complete one revolution of the Sun (between 365.24 and 365.26 days depending on the point of reference).

LAYER - A single thickness of some material covering a surface.

RALLY - A demonstration; an event where people gather together to protest for or against a given cause.

RELAY - To lay (for example, flooring or railroad track) again.

REALLY - Actually; in fact; in reality.