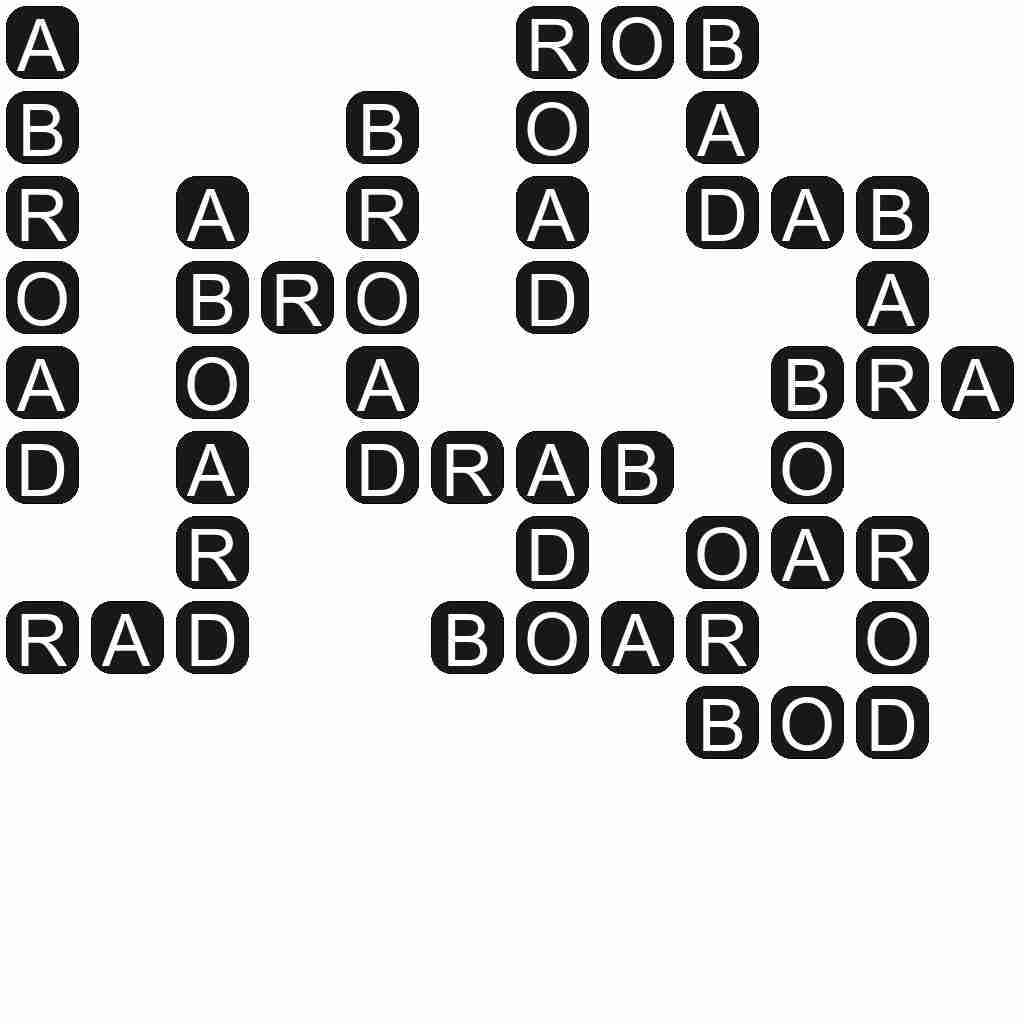 BOAR - A wild boar (Sus scrofa), the wild ancestor of the domesticated pig.

DRAB - A fabric, usually of thick wool or cotton, having a drab blee.

BROAD - Wide in extent or scope.

ABOARD - Across; athwart; alongside.

ABROAD - Played elsewhere than one's home grounds; as in a sport's team.